Nokia 5.1 was launched in 2018, which means it still has one more year till it reaches its end of cycle for Android version updates. 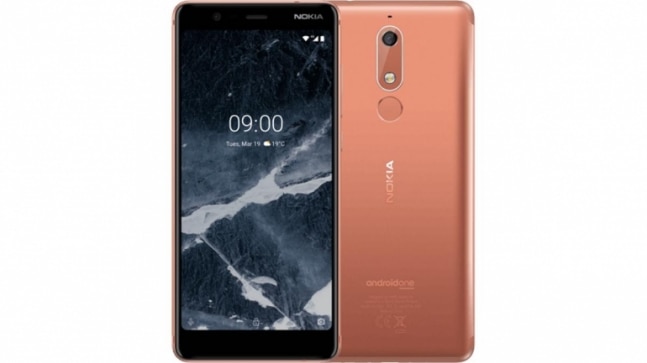 HMD Global's product chief Juho Sarvikas announced the beginning of the Android 10 rollout programme for the Nokia 5.1. He tweeted: "The #Android10 roll out for #Nokia5dot1 is available today. Get ready to upgrade your phone experience with all of the latest features!"

To update your Nokia 5.1, go to Settings, then About phone, and finally, Software update to check if you have got the Android 10 update.

The Android 10 rollout on the Nokia 5.1 varies by country, which means only the users who got it from one of the countries from the first wave will receive the update right now. The remaining users will get the update later, as and when HMD Global makes the announcement. The first wave countries are Armenia, Azerbaijan, Belarus, Georgia, India, Kazakhstan, Mongolia, Ukraine, and Uzbekistan.

HMD Global has said Indian users of the Nokia 5.1 will receive the Android 10 update by October 29. This is the first time the software rollout on a Nokia device seems pushed back compared to other markets. The company has not said why it decided a later date for Android 10 release on Nokia 5.1.

Earlier this week, HMD Global rolled out the Android 10 update to Nokia 3.1, which is the last Android version update for the phone as its three-year cycle is over now. Meanwhile, HMD Global is beginning its Android 11 update rollout cycle later this year with the Nokia 8.3 5G smartphone and a few other models.