The Nokia 5.3 has four rear cameras whereas the Nokia 1.3 comes with a single 13-megapixel rear camera. HMD Global on Thursday announced the launch of a flurry of Nokia-branded phones. The new Nokia 8.3 5G was the highlight of the show and comes as the brand's first 5G phone. But there were more devices, as usual. The Finnish company also launched the Nokia 5.3 and the Nokia 1.3 at its online event. The Nokia 5.3 is the successor of the Nokia 5.1 and falls into the mid-range price bracket. The Nokia 1.3, on the other hand, is a budget phone that comes with Android Go under the hood.

The Nokia 5.3 comes in three storage options but only the price of 4GB/64GB variant has been announced. It is priced at EUR 189. The smartphone comes in Cyan, Sand, and Charcoal colours, and will be available globally in April.

The Nokia 1.3 will also be made available globally in April. It costs EUR 95 and has Cyan, Sand, and Charcoal colour options.

The Nokia 5.3 is a dual-SIM supported phone and runs Android 10 out of the box. The smartphone packs a 6.55-inch HD+ Dual-gate' display with a 2.5D glass on top and a waterdrop notch. It has a resolution of 720x1600 pixels and an aspect ratio of 20:9. The Nokia 5.3 is powered by an octa-core Snapdragon 665 mobile platform, coupled with 3GB, 4GB, and 6GB RAM options. For storage, there are two options -- 64GB and 128GB -- with support for microSD card of up to 512GB. Nokia 5.3 also comes with unlimited Google Drive storage.

As far as the photography goes, the Nokia 5.3 has four rear cameras, including a 13-megapixel f/1.8 sensor, a 5-megapixel ultra-wide-angle sensor with FOV of 118 degrees, a 2-megapixel macro sensor, and a 2-megapixel depth sensor. There is an 8-megapixel front-facing camera with an aperture of f/2.0. The camera app comes with features such as Night mode, Portrait mode, and AI Scene Detection. The Nokia 5.3 has a rear-mounted fingerprint sensor. It is backed by a 4000mAh battery under the hood.

The Nokia 1.3 packs a 5.71-inch HD+ display with a resolution of 720x1520 pixels and an aspect ratio of 19:9. It is powered by a Qualcomm Snapdragon 215 processor coupled with 1GB of RAM and 16GB of internal storage, which can be expanded up to 400GB via a microSD card. It runs Android 10 (Go edition) out of the box. The Nokia 1.3 has an 8-megapixel autofocus rear camera and a 5-megapixel fixed-focus selfie camera. 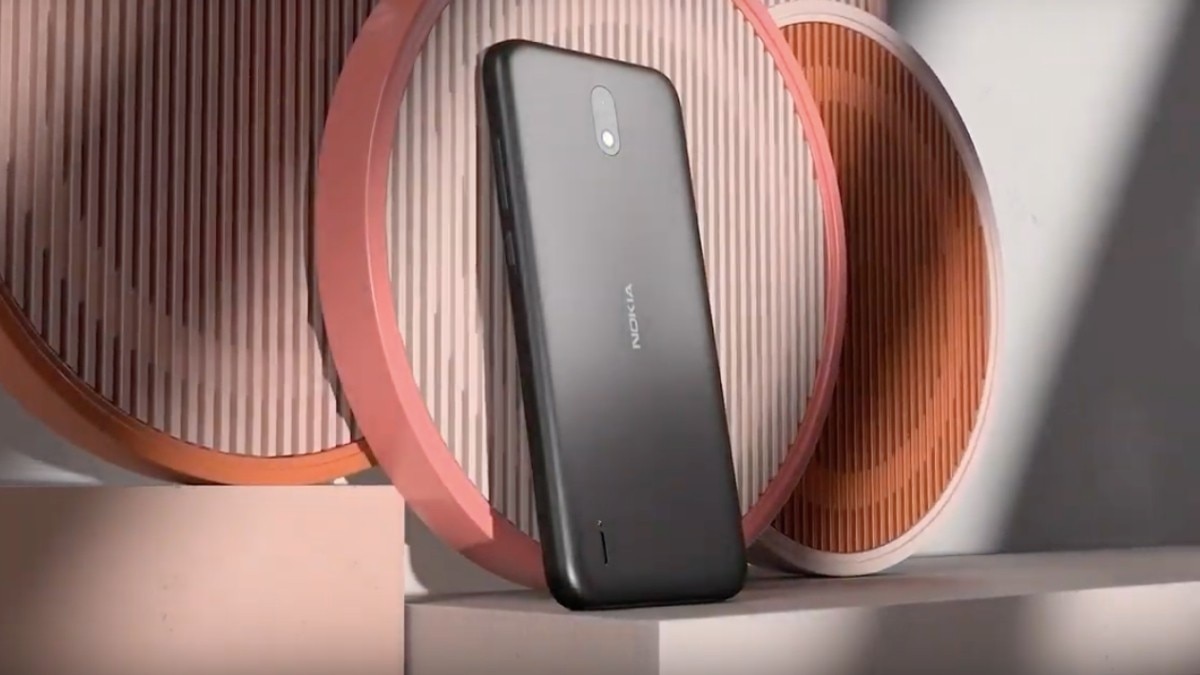 There is a Google Assistant button on the Nokia 1.3 but the fingerprint sensor is missing. The Nokia 1.3 is fuelled by a 3000mAh battery that charges at 5W.