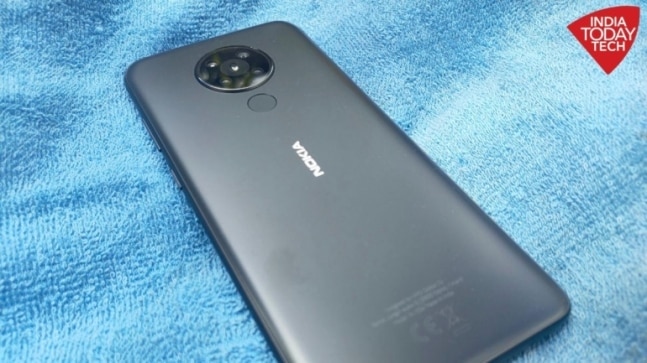 Nokia 5.3 is the first smartphone from HMD Global to have launched in India this year. Launched originally back in March, the Nokia 5.3 is a huge upgrade over its predecessor Nokia 5.1 Plus: it has got four cameras at the back, has a big display with a notch, and a design that is very much Nokia at its core. I have been saying for a while that Nokia phones have the beauty that I do not think other smartphones would ever be able to flaunt.

Despite being a budget smartphone, the Nokia 5.3 holds the potential to outdo its pricier counterparts. I will talk all about the Nokia 5.3, its design, and the performance you can expect from it in my upcoming review until then, let us recap what Nokia 5.3 has to offer.

Display: Nokia 5.3 has a big 6.5-inch LCD display with a waterdrop-style notch at the top.

Processor: Powering the Nokia 5.3 is an octa-core Qualcomm Snapdragon 665 processor.

Storage: You get 64GB of internal storage on the Nokia 5.3 but it can be expanded via a microSD card of up to 256GB.

Front Camera: For selfies, the Nokia 5.3 brings an 8-megapixel shooter on the front.

Battery: Nokia 5.3 is backed by a 4000mAh battery that supports 10W charging.

Operating System: You get the stock version of Android 10 on the Nokia 5.3

Nokia 5.3 brings the stock version of the Android 10 software, which means there is no bloatware on the phone and that you can get the cleanest interface there is for Android. Its interface is similar to that of Pixel phones, except for a few native apps that have been developed by HMD Global.

In terms of photography, Nokia 5.3 brings many features such as AI Portrait mode and HDR video recording. HMD Global says the photography on the Nokia 5.3 is assisted by an "Advanced AI Imaging" process. There is also a Google Assistant button that sits on the left side of the smartphone.

The Nokia 5.3 has been launched for Rs 13,999 for the 4GB RAM, 64GB storage version while the 6GB RAM and 64GB memory variant costs Rs 15,499. The sale will begin starting September 1 from Nokia online store and Amazon.