Nokia 5.4 is going to be priced much higher than what the Nokia 5.3 costs right now, according to fresh leaks. 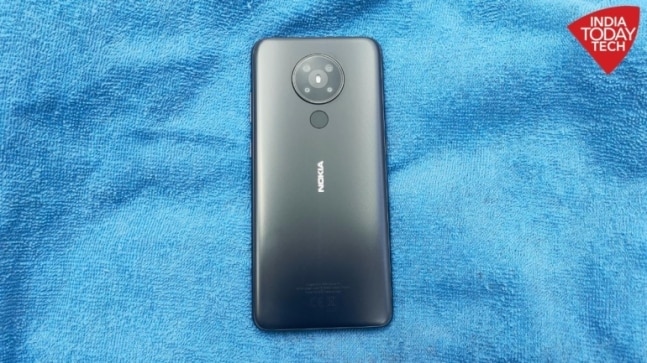 Nokia 5.4, the successor to this year's Nokia 5.3, is seemingly coming sooner than expected. The details, including some specifications, and colour variants, of the Nokia 5.4 were recently tipped, giving us an idea of what to expect from the smartphone. Now, ahead of its imminent launch, the Nokia 5.4 has been listed on the website of Australian retailers showing the price. This means that HMD Global is certainly bringing the device to Australia while a wider release of the Nokia 5.4 is also expected.

Nokia 5.4 leaked prices are certainly quite high. The Nokia 5.3 was launched for Rs 13,999 in India (selling for Rs 12,499 right now) while its US price is $219.99. Even if Nokia 5.4 brings better specifications and features, it will certainly not belong to the Rs 20,000 category. HMD Global sells the Nokia 7.2 in India under this price segment and its successor, Nokia 7.3 is allegedly in the pipeline. The Nokia 5.4 prices might be much less than what these retailers have projected via listings. It is possible that these are just placeholders, merely confirming that Nokia 5.4 will arrive soon in Australia.

The report also mentions that the 4GB RAM and 128GB storage version is not likely the base version, in which case we might be looking at either a 3GB RAM and 64GB storage version or even a variant with as low as 2GB of RAM. I am not sure about either but if HMD Global decides to pack 2GB of RAM on the Nokia 5.4, then you can expect it to run on Android 10 (Go edition). This is because Google has mandated that any smartphone featuring 2GB RAM or less needs to run Android Go versions instead of the regular ones. However, a previous report suggested 4GB RAM will be fixed on all variants while the storage capacity might be available in 64GB and 128GB units.

HMD Global is yet to announce anything on the Nokia 5.4.