Nokia's latest feature phone 5310 goes big on features such as music to allow people take some time off of smartphones. 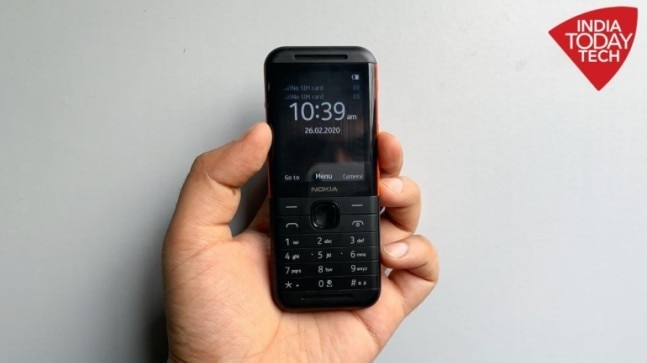 Nokia 5310 -- the remixed avatar of the Nokia 5310 XpressMusic -- has been launched in India after it debuted for the European market back in March. The feature phone goes big on music functionalities, which is why it has retained the physical controls for music on both sides of it. The Nokia 5310 comes at a time when smartphones are flooding the market after a long dry spell, thanks to the nation-wide lockdown. HMD Global said that people have been busy on their devices, consuming a lot of social media and other content. The Nokia 5310 comes as a respite to the consumers who can perform digital detox by just restricting themselves to the use of bare essentials of a phone.

The Nokia 5310 is a feature phone that does not support smart functions. It even lacks those that are seen on the Jio Phone and other KaiOS-powered feature phones, such as support for WhatsApp, YouTube, and more. Instead, the Nokia 5310 restricts the functionalities to a web browser, a VGA camera, and a lot of music. According to a survey conducted by the firm CMR, smartphone users look for high-quality music over everything else. HMD Global is banking on these results to include what it hopes will be used the most, even if smartphone features are stripped off.

The Nokia 5310 comes with a 2.4-inch non-touchscreen QVGA display along with a T9 keyboard below it. It has a candy-bar form factor and is lightweight. The feature phone has an MT6260A processor paired with 8MB of RAM and 16MB of internal storage. The music and other files can be stored on a microSD card of up to 32GB using the slot on the phone. There is a VGA camera on the Nokia 5310, along with an LED flash. It runs Series 30+ software, which includes apps such as Opera Mini, FM radio, MP3 player, Gallery, a Mobile Store, a Weather app, and games such as Snake and the toned-down version of Assassins Creed.

There are two versions of the Nokia 5310 -- the one with a single Micro-SIM card support and the other one with dual SIM card support. But HMD Global has launched the latter one in India that supports 2G networks. The Nokia 5310 is backed by a removable 1200mAh battery that is rated to deliver a standby time of 22 days on the dual SIM card variant. There is Bluetooth on the Nokia 5310, as well as a 3.5mm headphone jack. There are two speakers on the feature phone.

The Nokia 5310 has been priced at Rs 3,399 for the dual-SIM variant and goes up for pre-orders starting Tuesday, June 16 via nokia.com and the Notify Me page on Amazon.in. The sale of the feature phone starts June 23 across India. It will be available in White/Red and Black/Red colours.