HMD has launched the Nokia 6300 4G in the US, which may be a hint that the India launch of the phone is not too far. 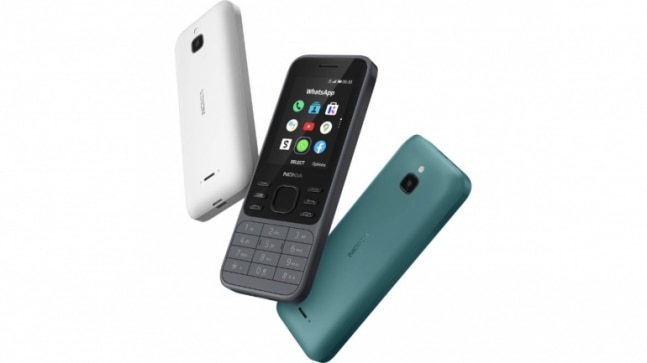 Nokia 6300 4G is the latest feature phone to go official in the US. This is the first time the new avatar of the old Nokia 6300 Classic will be available outside of Europe, in global markets. Which means HMD may also be planning to bring the Nokia 6300 4G to India among other markets that the company operates in. HMD's feature phone line in India is quite prolific, giving competition to Reliance's Jio Phone, both of which bring a handful of smart features in the world of dumbed-down phones. As such, HMD would want to push further into the category and Nokia 6300 4G seems the right candidate for that.

In the US, HMD has priced the Nokia 6300 4G for $69.99. This translates to roughly Rs 5,100. This is obviously a high price for the phone. All of the previous feature phones from HMD, such as Nokia 5310 and Nokia 215 4G, have been launched for under Rs 4,000 in India. And even if we agree that the Nokia 6300 4G may bear a price tag north of Rs 4,000, it does not bring anything extra to the table. It is a throwback to the Nokia 6300 Classic with new additions, such as KaiOS that enabled smart features such as YouTube, Google Assistant, Gmail, WhatsApp, among other things, support for 4G LTE, and a faster processor. This is also what some of recent Nokia feature phones give, making the Rs 5,000 pricing a little doubtful.

Anyway, the Nokia 6300 4G seems like a promising phone to me. It has everything that someone who does not need the entire world of smartphones at their disposal yet would love some of them rarely. All of this is possible because of KaiOS, which Google invested back in 2018 to support the feature phone operating system. As a result of this investment, KaiOS is able to support all the leading Google apps, such as YouTube and Google Assistant, while Facebook made its marquee app and WhatsApp available for the system. The availability of WhatsApp is something that makes KaiOS as popular as it is in the feature phone segment. Apart from Nokia, Jio Phones come with the same OS.

The Nokia 6300 4G comes with support for 4G on both slots for nano SIM cards. It packs a 2.4-inch non-touchscreen display with a T9 keyboard below it. The feature phone is powered by a Qualcomm Snapdragon 210 processor with 512GB of RAM and 4GB of internal storage but you can expand the storage up to 32GB using a microSD card on a dedicated slot. The Nokia 6300 4G comes with a VGA camera on the back with an LED flashlight. It has Wi-Fi, Bluetooth, GPS, and FM radio among other connectivity features. The Nokia 6300 4G is backed by a 1500mAh removable battery that is rated to last up to 27 days on standby. For charging, there is a MicroUSB port at the bottom.