The new Nokia phones are likely to debut at the HMD Global's event that is scheduled to begin today at 10 pm IST. 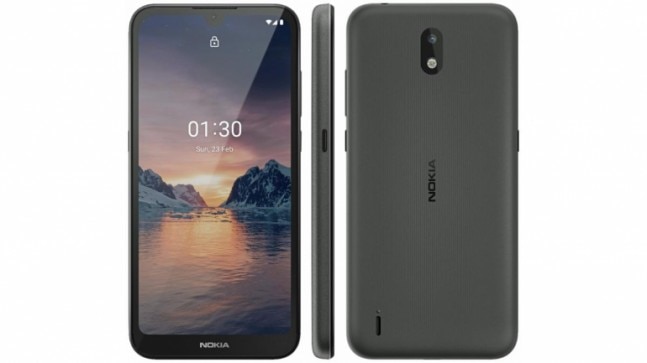 HMD Global is set to launch the new Nokia-branded phones at its event today. The online event is scheduled to begin at 4.30 pm GMT, which translates to 10 pm IST, on Thursday, March 19. Previously scheduled to make their debut at the now-cancelled MWC 2020, the new Nokia phones will likely be the Nokia 8.2 5G (or Nokia 8.3), Nokia 5.3, Nokia 1.3, Nokia C2, and Nokia 400 4G. The Nokia 8.2 5G will be company's first 5G phone that will also feature in the upcoming James Bond movie, No Time To Die. The Nokia 5.3 will be a mid-range phone while the Nokia 1.3 is tipped to be a budget offering. Nokia C2, on the other hand, will be the entry-level phone from HMD Global.

The Nokia phone launch event will be live-streamed on YouTube at 10 pm IST. The event was earlier supposed to be a physical one in London but the coronavirus pandemic has forced HMD Global to switch to the online-only event. Also, this is the second time HMD Global has had to cancel the on-ground event. Previously, the Finnish company called off its MWC event due to adverse situations. You can watch the live stream here:

HMD Global will launch at least three new smartphones at the event - the Nokia 8.2 5G, the Nokia 5.3, and the Nokia 1.3. Many previous rumours have suggested what these three phones will pack under the hood.

The Nokia 5.3 was leaked recently with a press render. It also surfaced on the Geekbench where its specifications were revealed. The Nokia 5.3 is said to have a 6.55-inch LCD display, rock a Snapdragon 660 or 665 processor with at least 3GB of RAM and 64GB of storage. A recent report suggested that there could be two more RAM variants - 4GB and 6GB. The phone will run Android One and pack a 4000mAh battery. There are four cameras expected on the rear - a 16-megapixel sensor, a 5-megapixel sensor, and two 8-megapixel sensors. For selfies, there will be an 8-megapixel camera. The Nokia 5.3 is said to be priced at EUR 169 (approximately Rs 13,300).

Finally, the Nokia 1.3 will be a budget phone with 1GB of RAM, 8GB of internal memory, a single 13-megapixel rear camera, a 5-megapixel selfie camera, and a MediaTek processor. It is said to be priced at EUR 79, which translates to approximately Rs 6,200.

Xiaomi Mi 10 is coming to India soon: Why this OnePlus 8 Pro rival is worth waiting for