The Android One branding is missing on the Nokia 2020 phones but that is nothing to worry about. 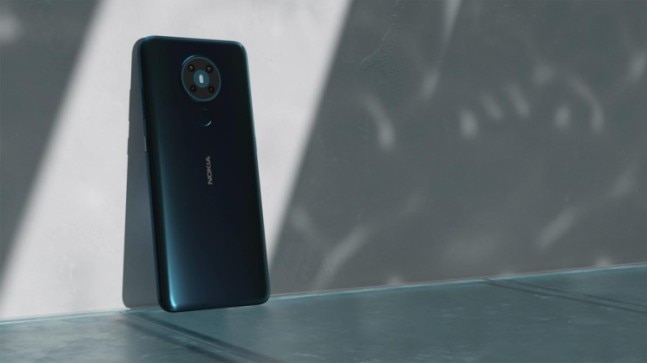 HMD Global's latest Nokia-branded phones are headlining the news with their design and touted features. The Finnish company has not ever shied away from flaunting that its phones have Android One, which not only provides stock experience but also is guaranteed to upgrade the phone to latest software versions timely. While Nokia phones have some of the best designs on smartphones, a rather unusual change has led people to wonder what's cooking for Nokia phones. The 2020 Nokia smartphones have the Android One' moniker missing from them and fanboys did not waste time in pointing this out. But HMD Global has quelled the curiosity quite well.

A Twitter user who goes by @TechAltar reported that the new Nokia phones do not have the Android One branding on them. He also posted the screenshot of the Nokia 8.3 5G listing on the website that explicitly mentioned the smartphone runs Android One. But the two things seemed different in plain sight. HMD Global has so far pitched Android One as something that makes its Nokia phones better in terms of the smartphone experience. The company has never engaged in the repartee over specifications and has reiterated it has valued innovation only where it is relevant.

Taking cues from the company vision for Nokia phones, the chief product officer at HMD Global, Juho Sarvikas acknowledged the concern posted on Twitter and gave a reply. He said that Nokia phones indeed are based on Android One but the branding has been omitted this time to keep design visually clear. He also added, All good here to shut any speculations around a custom OS that Nokia phones could be running this year. While this explanation may have silenced some curious minds, a few users have suggestions if this is how Nokia phones are going to be designed.

In the same thread on Twitter, a user suggested that HMD Global should enlarge Nokia banding on the phones, now that the Android One' branding is gone. According to him, it is hard for a person to notice that Nokia' moniker from afar. The suggestion is surely a positive one and should be considered by HMD Global if it wants to maximise the visibility and identity quotient of its Nokia phones. Most smartphones have signature visibility and people are able to tell them apart from the crowd based on the design and the branding.

HMD Global recently wrapped up its event that had to be delayed due to the coronavirus pandemic. In an online event, the Finnish company announced the launch of its first 5G phone, the Nokia 8.3 5G. It also launched the Nokia 5.3, Nokia 1.3, Nokia 5310, and HMD Connect SIM card for international roaming.

Amazon hikes overtime pay for workers in US