Nokia 9.2 could come with a Qualcomm Snapdragon 865 processor and offer a "great experience" camera wise. 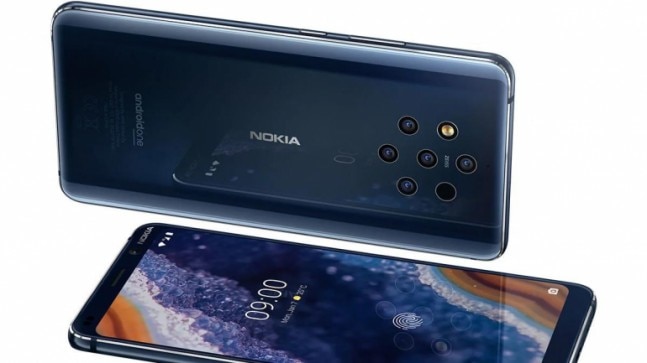 HMD Global marks its entry into the world's biggest tech convention, MWC Barcelona, with a bang. The Finnish company launches at least four to five phones at its grand event towards the end of February. These phones are focused mainly on the budget and mid-range segments. However, the company's flagship phones are meant for separate events later that year. Following the tradition, HMD Global is said to be working on the successor of the Nokia 9 PureView and it will now see the light of day in the first half of the year, a new report has claimed.

According to NokiaPowerUser citing a known source, Nokia 9 PureView will get its successor in the form of Nokia 9.2. The smartphone is currently in the works and should launch by the first half of 2020. The new tip contradicts a previous claim that the launch of the Nokia 9.2 will not happen until the season of autumn due to some change in plans. HMD Global is said to have chosen the Qualcomm's latest Snapdragon 865 processor over the Snapdragon 855+. This means the Nokia 9.2 is likely to run the Snapdragon 865 SoC and be featured in the list of this year's flagship phones.

Interestingly, Nokia 9.2 rises from the ashes of Nokia 9.1 PureView, which was originally speculated to be the successor to Nokia 9 PureView. The report by NokiaPowerUser claims HMD Global has shelved the plans to launch Nokia 9.1 PureView and is rather going for Nokia 9.2. Now, it is not clear whether it is only the name of the device that has undergone the change or whether Nokia 9.2 is an entirely new device with bumped up specifications.

The report also suggests that Nokia 9.2 will not feature the Light Camera Technology'. The smartphone will still offer a great experience for photography, thanks to a big sensor that has been manufactured by Toshiba. While other specifications of the Nokia 9.2 are scarce at the time of writing the article, there is some hint at what its pricing is going to be. Nokia 9.2 could bear pricing similar to that of Nokia 8 to drive more sales, especially in markets such as India where Nokia's flagship phones are still to make a dent.

It is important for HMD Global to focus the strategy for its flagship phones that have gathered some rave reviews. In India's smartphone market, Nokia remains to be a part of the chunk that says others', which includes some other big names such as Apple and Google. Ruling the charts are Xiaomi, Vivo, Samsung, Realme, and Oppo that have persistently stayed among the top five ranks, thanks to a bullish approach in terms of pricing. The recent Counterpoint Research survey of the Indian smartphone market for Q4 2019 shows some interesting changes, wherein Vivo has surpassed Samsung to become the second leader in the market.