The Nokia 9.3 PureView could have a 120Hz display and a 108-megapixel Samsung sensor. 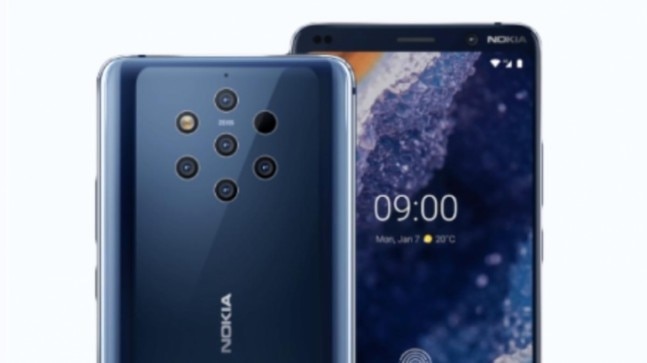 The Nokia 9.3 PureView was recently said to have been delayed due to the covid-19-induced disruptions in the tech industry. The flagship smartphone from HMD Global has been in the making for a long time but it could be worthwhile as and when it launches. A fresh rumour suggests that the Nokia 9.3 PureView will have a 120Hz display and a 108-megapixel Samsung-manufactured camera at the back. HMD Global is getting ample time for improvisation, including the top-notch sensor from Samsung and a display that would be on par with some 2020 flagships. Separately, HMD Global's hardware chief has hinted at the colour variants of the Nokia 9.3 PureView, but more on this later.

According to a Twitter user (@nokia_anew), the Nokia 9.3 PureView will have a 120Hz display but its material has not been leaked. Some previous rumours had suggested there will be an in-display fingerprint sensor on the Nokia 9.3 PureView, which increases the chances of an OLED panel to have been considered for use. Moreover, it will be a flagship-level device that normally has the best-in-class material. The size of the display also remains a mystery so far, along with whether HMD Global would choose a punch-hole setup or rather go with the tried-and-tested notch design.

Additionally, the Nokia 9.3 PureView is also said to pack a 108-megapixel rear sensor that has been manufactured by Samsung. It debuted with the Mi Note 10 Pro and was later seen on the Samsung Galaxy S20 Ultra. But the choice for the camera sensor was not that easy seemingly. The tipster has said HMD Global had at least 10 prototypes wherein 20-megapixel, 24-megapixel, and 48-megapixel sensors were tested. One of them even included the 64-megapixel sensor from Sony before the company zeroed in on the 108-megapixel Samsung sensor.

The cameras on the Nokia 9.3 PureView, interestingly, will lack the simultaneous operation of sensors, according to the tipster. According to him, Juho Sarvikas, the CPO at HMD Global, wanted to go conventional with the cameras on the upcoming flagship. We are not sure if this tip holds water, but it will likely change the user experience, as well as the imaging mechanism, on the Nokia 9.3 PureView. Moreover, one of the sensor, possibly the main one, will have Optical Image Stabilisation, or OIS, the report has added.