The Nokia 9.3 PureView is rumoured to launch in the latter half of the year. 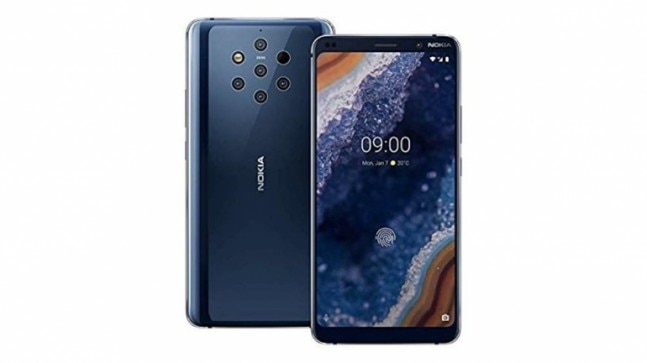 Nokia 9.3 PureView could be the flagship-level smartphone that HMD Global will unleash on its rivals. It has been rumoured to pack a Snapdragon 865 SoC, an 108-megapixel camera, an under-display camera, and a 120Hz display. Now, a fresh report claims the two of these rumours are "mostly confirmed". The Nokia 9.3 PureView could be one of the first commercial smartphones to sport a camera under the display. Previously, the under-display camera technology was showed off by Oppo on a prototype, but its commercial debut was announced for some time in June. Now, Nokia 9.3 PureView could join the Oppo phone as it is said to launch in the latter half of 2020.

According to a report by NokiaPowerUser, citing the sources close to HMD Global, the Nokia 9.3 PureView has been confirmed to come with a 120Hz display. There were strong rumours that HMD Global is taking several leaps in the development of the next flagship and that include a display with 120Hz refresh rate. While it was not previously clear what material will be used for the display, the speculation that there will be a camera under the display does allude to an OLED panel. The Nokia 9.3 PureView will have a "highly impressive display" that will feature the company's proprietary PureDisplay V3 technology, per the report. According to the sources, it will be "one of the best seen on any smartphone."

HMD Global has been experimenting a lot with the Nokia 9.3 PureView, if hitherto rumours are to be believed. Previously, it was reported that the company weighed in cameras sensors from both Sony and Samsung before finally zeroing in on the 108-megapixel Samsung sensor. Now, the sources told NokiaPowerUser that HMD Global was testing a pop-up selfie camera as well, in addition to the under-display technology. In fact, one of the early rumours had mentioned there could be a pop-up camera for selfies on the Nokia 9.3 PureView. But, eventually, HMD Global has apparently gone for the under-display camera technology after it was presumably successful in overcoming the complexities. Oppo was the first company to showcase the technology on a prototype.

The Nokia 9.3 PureView has been rumoured to come with a Qualcomm Snapdragon 865 processor under the hood. It could also have a bigger battery and likely support for wireless charging. HMD Global has been working on the Nokia 9.3 PureView for a long time now. Its release has reportedly been delayed multiple times due to various reasons, including the coronavirus-induced lockdown and disruptions in the manufacturing and supply chain in the mobile phone industry.

Apple likely working on iPhone SE Plus with bigger display: All you need to know