The Google Phone app is receiving a crucial feature that will aid users in recording conversations. 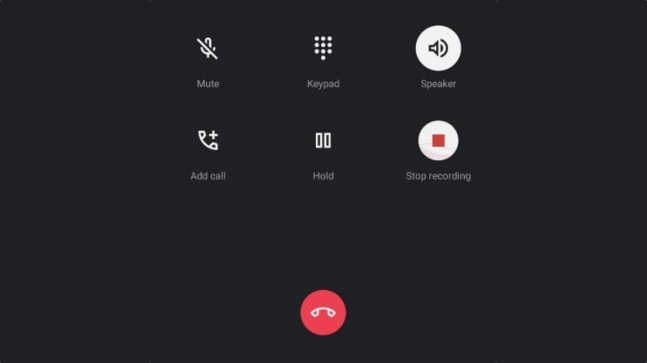 The development was confirmed by several users on Nokia's community forum, wherein multiple screenshots were posted to validate the claims. The Google Phone app version 47 is seemingly showing the call recording icon on the call screen, allowing users to begin recording the conversations held during the call. The recorded files are named by the system but you should be able to rename the files inside the recorder app or the file manager app. According to some users in the forum thread, select Nokia phone models have received the feature while the rest are yet to receive it.

Google Phone app began receiving the call recorder back in January for Pixel and Nexus phones. The app was updated on all the Pixel and Nexus smartphones to begin showing the call recording tool. However, it was not known whether the call recorder will make it to Android One phones as well. Well, Google is certainly not leaving the Android One devices out and pushing the recording feature to the Google Phone app. This is likely to minimise the need for third-party call recorders that people download on Android phones, including some suspicious ones that could be used to steal personal data.

In other news, HMD Global, the caretaker of Nokia's phone business, is still working on the Nokia 9.3 PureView after about 4 months later. It was earlier said to pack an in-display fingerprint sensor and a Snapdragon 865 processor. A fresh report has claimed that the Nokia 9.3 PureView will have a 120Hz display and a 108-megapixel main camera, which has been developed by Samsung. The smartphone was also recently rumoured to have been delayed to the second quarter of 2020, owing to the disruptions in manufacturing and supply chain caused by the covid-19 lockdown globally.