Nokia C3 comes with pure Android experience with Android 10 version, along with a large HD display and long-lasting battery. 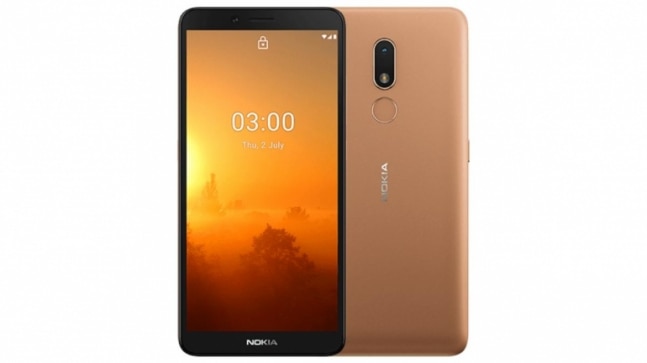 Nokia C3 price in India has been cut. The entry-level smartphone that HMD Global launched in India a few weeks back is already getting its price slashed to lure more customers. The Nokia C3 was launched for a starting price of Rs 7,499 but that has been lowered down to Rs 6,999, bringing a discount of Rs 500. But the maximum discount is Rs 1,000, which is available on the high-storage variant of the Nokia C3.

The new prices for the Nokia C3 are now reflecting on the Nokia online store. The Nokia C3 2GB RAM and 16GB storage version now costs Rs 6,999 while its 3GB RAM and 32GB storage model goes for Rs 7,999, as opposed to the earlier pricing of Rs 8,999. This marks the price cut of Rs 1,000 on the Nokia C3. While this indicates the change in the online price of Nokia C3, the offline sale price of the smartphone has also been changed.

According to Mumbai-based mobile retailer, Mahesh Telecom, the Nokia C3 prices are now Rs 6,999 and Rs 7,999 for the base and top variants, respectively. This should mean that if you do not like shopping for phones online and want to get yourself the Nokia C3, you will not have to pay the original prices anymore on them. You get the Nokia C3 for the same prices on both channels now. It comes in Nordic Blue and Sand colour variants.

The Nokia C3 is a decent smartphone that brings pure Android experience out of the box. This means you do not get any bloatware -- unwanted apps that cannot be uninstalled -- as you do on Redmi, Realme smartphones available in the same price category. The specifications, however, are a little less powerful than what you get on rival devices from the two brands and more. Below is the list of specifications for the Nokia C3:

Cameras: On the back, there is an 8MP camera with HDR, 1080p recording, and LED flash. On the front, the smartphone has a 5MP camera for selfies.

Why should you buy Nokia C3?

The Nokia C3 brings a reasonably large display with 720p resolution, which is impressive for the price it is asking. Although it does not have any fancy camera placement solutions, such as the punch-hole or waterdrop notch, it still manages to deliver what it is meant to. The display is colourful and can get optimally bright for content consumption.

The octa-core processor on it should be capable enough to handle light tasks while multitasking should be average on this. Remember this phone is not meant for carrying out heavy-duty tasks or gaming, which is true for most phones in this price category in case you are wondering about other options in the market. But that does not mean all the phones in this price segment give the same kind of performance. It is just that the Nokia C3 will focus on giving you a pure, Pixel-like Android experience.

Nokia C3 camera should be capable enough to capture good and detailed daylight photos while low light photography should be doable for a phone at this price. The selfies are also likely to come out good on the Nokia C3. And, of course, the battery on this phone will last longer.

Overall, you get something and you lose something with the Nokia C3 but if you want the pure Android experience on the Nokia C3, go for it.