HMD Global launched as many as six phones at its grand event back in March. 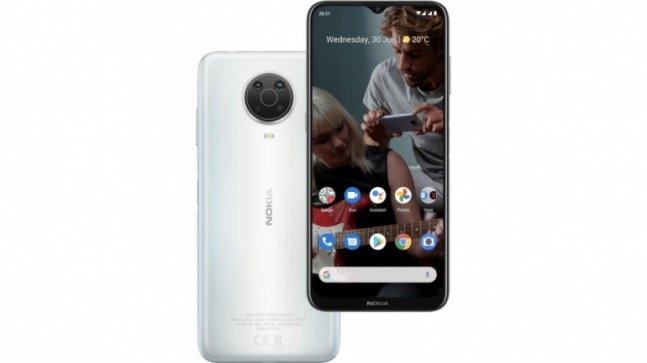 HMD recently launched as many as six smartphones and all of them introduced the new naming system for Nokia phones. They are Nokia X20, Nokia X10, Nokia G20, Nokia G10, Nokia C20, and Nokia C10. Now, two of these phones have reached the Bureau of Indian Standards website, meaning they are close to their India launch. According to a new leak, the Nokia G20 and Nokia G10 may soon arrive in India as HMD's next smartphones. It is strange that HMD is bringing the G-series first because it should be the X-series instead. There is a strong demand for 5G phones in India, and the Nokia X-series brings 5G along with affordability.

According to tipster Mukul Sharma, the Nokia G20 and Nokia G10 have now appeared on the BIS website. This only means that both these phones are ready for launch in India, although there is a high chance HMD will hold off until the situation improves in India. Nearly all major smartphone companies have delayed their smartphone launches in India due to the surge in Covid-19 cases and deaths. It is likely HMD will follow the other brands in launching the two new Nokia phones in India. However, the specifics are not clear right now.

The Nokia G20 and Nokia G10 smartphones are pretty affordable. Their European prices are EUR 159 and EUR 139, which translate to roughly Rs 14,000 and Rs 12,000, respectively. Now, the smartphone market in India is currently seeing a surge of 5G phones across price ranges. The Oppo A53s 5G that arrived recently is currently the cheapest 5G phone that sells for Rs 14,990. And that is why it is going to be a bit difficult for HMD to pitch the new G-series. It would be better if HMD launched the Nokia X20 or X10 smartphone in India soon because either of the phones may manage to attract customers, who, in the absence of these phones, will end up buying a Realme or Oppo just to get 5G -- even though it is not available commercially in India.

As for the Nokia G20 and G10, the specifications are pretty budget-range. There is Android One, obviously, with the promise of regular updates. HMD had to push back its Android 11 rollout roadmap by a quarter recently, and this may be something that some customers may keep in mind before going for the new Nokia phones.

Processor: Powering the Nokia G20 is a MediaTek Helio G35 processor, while the Nokia G10 uses a Helio G25 processor inside.

Front Camera: Both the Nokia G20 and G10 have an 8-megapixel front camera.

Battery: Backing the Nokia G20 and G10 smartphones have a 5050mAh battery with 10W fast charging via USB-C port.

Operating System: Both the phones run Android 11 with two years of promised upgrades.