Nokia used to sell laptops, PCs, and mini laptops back in the 90s before its business completely fell apart. It is bringing the laptops back now. 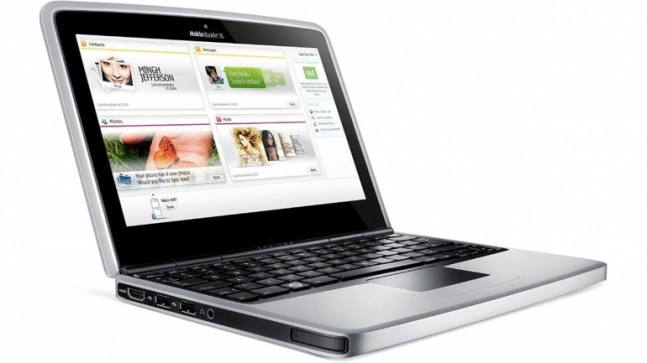 Nokia could be planning to launch laptops in India. The company had a pretty diverse portfolio back during its heydays, including laptops, personal computers, and mini laptops, all under the MikroMikko series. However, the PC business saw a slump and the last device from the brand was the Nokia Booklet 3G, a mini laptop that launched in 2009 in select markets. The company is now possibly looking to revive its business, although in collaboration with a licensee partner in India. Nokia laptops have been certified on the Bureau of Indian Standards website.

According to the certification listing on the BIS website, spotted by the tipster Mukul Sharma, the Nokia laptops will arrive in nine different models under a single series. The model numbers for these models are NKi510UL82S, NKi510UL85S, NKi510UL165S, NKi510UL810S, NKi510UL1610S, NKi310UL41S, NKi310UL42S, NKi310UL82S, and NKi310UL85S. If we were to take a hint from these names, there could be five laptops with the Core i5 processor while four will be powered by Core i3 chipsets: read the two characters after NK in these names.

Another takeaway from these model numbers would be that these laptops will run on Windows 10 since there is the number 10 before UL in these names. The Nokia laptops, according to the listing on the BIS website, have been manufactured by the Chinese company Tongfang Limited in China. Why is HMD Global not involved, you might think? This is because HMD Global has licensed the Nokia brand for smartphones, feature phones, and mobile accessories. Rest of Nokia's portfolio, including streaming devices, televisions, and now, laptops need a different license holder.

Nokia sells its smart televisions in India with Flipkart as the licensee, which could also be the case for laptops. If that is true, Flipkart will be the exclusive seller for Nokia laptops, much like how it is for Nokia televisions and streaming devices in India. I am guessing only at this point, which is why readers should take this information with a pinch of salt. Nokia has not said anything official on this but it is certain that these laptops will launch sooner or later.

Nokia televisions and streaming devices bring the same features and hardware as most products in the price category. The smart televisions run Android TV and feature Dolby Audio among other features. The streaming box, too, brings on par features. This gives an idea that the Nokia laptops will also be the ones to take on Xiaomi laptops, which were launched in India earlier this year. The Xiaomi laptops bring Intel Core i5 processors, 1080p screens, and Windows 10 out of the box for as low as nearly Rs 37,000.

Considering the price, Nokia could price its laptops in the same price segment, which is sub-Rs 40,000. If this price turns out true for the Nokia laptops, these will bring an on par value for money, giving consumers more options to choose from. Right now, the market is already filled with so many laptops from different brands, including Avita, Asus, HP, and Acer.

For what it is worth, the Nokia laptops are worth looking forward to, not because they come from a trusted brand but because of the aggressive pricing that Nokia laptops will come in.

Qualcomm Snapdragon 875 and 775G appear on AnTuTu ahead of launch