Nokia PureBook is what the company will be calling its upcoming laptops in India. 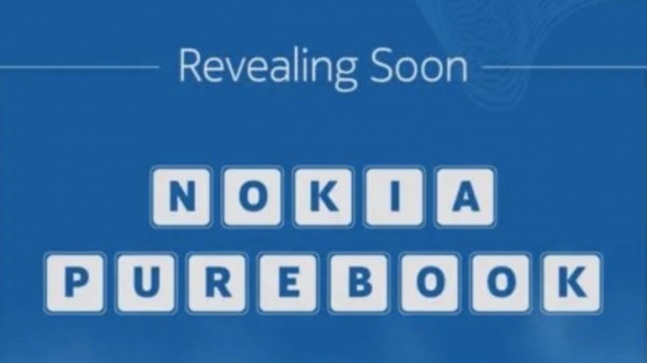 Nokia was recently said to have got some new devices certified on the Bureau of Indian Standards (BIS) website. These new devices could be laptops that will bear the Nokia branding. Now, Flipkart is teasing that these laptops will be called Nokia PureBook. Nokia's laptops are coming soon to India but there is not a date confirmed for the launch yet. Most likely, Nokia could be targeting a December-end timeline to debut its laptops for the new year in India.

Flipkart is teasing that the Nokia PureBook laptops will be "lightweight, powerful, and immersive." I am not sure how much lightweight these laptops are going to be but expect these to carry similar weight as some ultrabooks in the market. Nokia PureBook laptops might also come with thin bezels, making the watching experience "immersive" as marketed by the teaser. Nokia laptops could come with up to 1080p screens. But what about the term "powerful".

The second adjective Flipkart has teased does recount a few bits from the BIS listings. It was spotted that the Nokia device models will be nine in number, five of which are going to be powered by Intel Core i5 processors and four of them by the Core i3 processors. These could belong to Intel's 10th-generation Comet Lake series of Core processors. While Nokia has not confirmed anything, these do seem accurate at this point.

The Nokia PureBook is said to come with at least 8GB of RAM under the hood, along with SSD storage. There could be options for mechanical storage, as well. Nokia might even go for hybrid configurations for storage, comprising both SSD and HDD standards. We can expect the Nokia PureBook to have other features, including webcam, USB ports, and even Thunderbolt ports. But nothing is confirmed right now.

Nokia could target brands such as Xiaomi in the Indian market that kicked off the launch of affordable range laptops. The Mi Notebook 14-series was launched earlier this year for a sub-Rs 45,000 range, along with some premium models carrying some extra features. However, later, Xiaomi launched a student edition for the Mi Notebook for much less price. This was called the e-learning edition, basically targeting students who are seeking education online now amid the pandemic.

This would also mean that the Nokia PureBook laptops will come with an affordable price tag. Nokia and Flipkart could sell the laptops for as low as Rs 40,000 in India but this is by pure guess. Remember, the upcoming Nokia laptops are not associated with HMD Global and Flipkart is the partnering company for Nokia-branded laptops. These laptops were listed on the BIS website with manufacturing in China.

Separately, HMD Global is also tipped to launch the Nokia 3.4 smartphone sometime in the middle of December. The smartphone was launched alongside the Nokia 2.4 back in September but the latter arrived into the Indian market. The company recently got the Nokia 3.4 certified on the BIS website and now the smartphone seems ready for launch in India. HMD Global has, however, not said anything yet officially. We might hear from the company in the next few days.