Last week Twitter got into a feud with US President Donald Trump for adding a fact-check label on one of his tweets. This week, it screened Trump's tweet with a warning label. 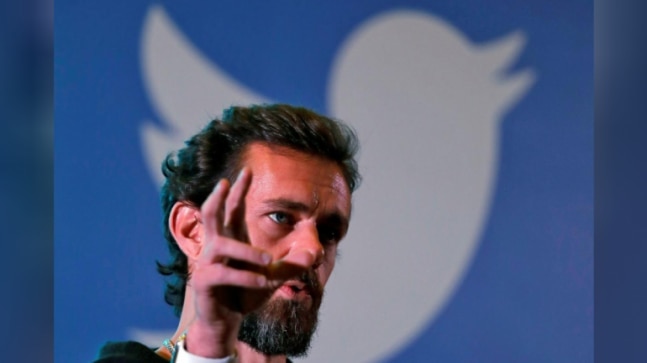 The ongoing feud between US President Donald Trump and social media platform Twitter has led to the latter updating and clarifying its terms and policies on its Twitter Safety handle.

"We will continue to be transparent in how we make our decisions and be open with our rationale on how we label certain Tweets. Publicly sharing our work is core to everything we do. If we can't explain and be confident in our determination, we will not label a Tweet," Twitter Safety account said.

It further read, "When we label Tweets we link to Twitter conversation that shows three things for context:

1.Factual statements (e.g. "ballots are only being sent to registered voters")

3. Ongoing public conversation around the issue"

Twitter CEO, Jack Dorsey tweeted, "A thread on our principles to PROMOTE health in the public conversation

A thread on our principles to PROMOTE health in the public conversation https://t.co/7kfQgdDTJi

"We are NOT attempting to address all misinformation. Instead, we prioritize based on the highest potential for harm, focusing on manipulated media, civic integrity, and COVID-19. Likelihood, severity, and type of potential harm — along with reach and scale — factor into this,"

These principles also shape our work on misleading information. In this area too, we're using feedback from the people we serve.

In 2019, we consulted with the public on our approach and that has guided our work since. https://t.co/d5HclMJLyq

The handle further read, "We heard

1. Twitter shouldn't determine the truthfulness of Tweets
2. Twitter should provide context to help people make up their own minds in cases where the substance of a Tweet is disputed

Hence, our focus is on providing context, not fact-checking."

This comes as a reiteration of Twitter CEO Jack Dorsey's stand in which he claimed that Fact-checking does not make Twitter an "arbiter of Truth."

"Our intention is to connect the dots of conflicting statements and show the information in dispute so people can judge for themselves. More transparency from us is critical so folks can clearly see the why behind our actions," Dorsey had tweeted last week.

These labels saw light in the backdrop of COVID 19 when a lot of fake news was being shared.

"This process is ongoing and we'll work to make sure these and other labels and warnings show up across Twitter," Twitter's blog read.

As per Twitter's synthetic and manipulated media policy, labelling and removal involve

Last week Twitter added a 'potentially misleading' label on one of Trump's tweets which spoke about mail-in voting. It also added a message it has introduced to combat misinformation and disputed or unverified claims. Moreover, it gave links to users of a portal where links related to voting were given.

An enraged Trump then signed an executive order that was aimed at taking away legal immunity from social media platforms for the content produced by third-party users.

This week, Twitter screened Trump's post which read "When the looting starts, the shooting starts," stating that glorified violence. The tweet came in the backdrop of high-end stores that were being looted after protests broke out in Minneapolis after the death of George Floyd.

Meanwhile, a tech rights company has filed a lawsuit against US President Donald Trump over his executive order that would weaken a law protecting online platforms including social media companies that label or fact-check his posts, a report by Reuters stated.

The lawsuit argues that Trump's executive order will chill future online speech by other speakers and reduce the ability of Americans to speak freely online.

Poco teases new Made in India phone, could it be the Poco F2 Pro?