Apple's redesign that will come to the MacBook Pro model this year may include the return of the SD card reader. 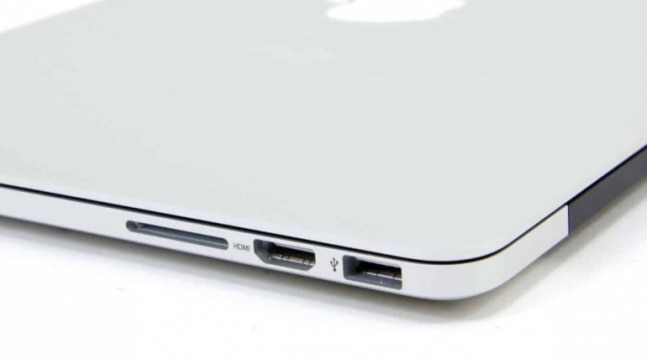 Last year's MacBooks were radically different from the previous models because of the ARM-based M1 processor. But now that the hardware is sorted, Apple may finally be looking at bringing a design overhaul to the MacBook this year. Apple analyst Ming-Chi Kuo recently said the 2021 models of MacBook will bring MagSafe back and get rid of the controversial Touch Bar. But there is another feature that may also be returning with this year's MacBook Pro models.

Bloomberg's Mark Gurman has reported the 2021 MacBook Pro will have an SD card reader on the side. Apple removed the SD card reader from the MacBook Pro models back in 2016 to make the laptop's profile slim but attracted harsh criticism from photographers and content creators. The card reader is crucial for transferring photos, videos, and other files directly from an SD card. And if there is a microSD card, there are card readers that are supported by this port.

After the SD card reader was removed, the MacBook Pro users were left with the Thunderbolt port forcing them to use an adapter or a dock. The need for these dongles and adapters on the recent MacBook models was probably the biggest contention among a good fraction of users. But Kuo had predicted that the 2021 MacBook Pro will minimise the need for additional dongles. That may also mean that besides the SD card reader, we might also see an HDMI port and a USB-A port on the MacBook Pro this year.

Kuo has said that the MacBook Pro may arrive sometime in the third quarter of 2021. This would mean the next MacBook Pro model will be launched between July and September. Kuo also predicted there will be both 13-inch and 16-inch MacBook Pro models that were launched in May 2020 and November 2019. The MacBook Pro 13-inch model was updated last year to pack an Apple M1 chipset inside as the iPhone maker is making efforts to be self-sufficient while reducing its dependence on Intel for processors. Kuo had predicted Apple will gradually make the transition from Intel to the ARM processor throughout 2021.

The Bloomberg report has also said the MacBook Air may get even lighter and thinner. This would mean the screen size will drop below 13-inches that the current generation of MacBook Air has. Previously, Apple was rumoured to be going for a 15-inch version but that is not happening, as per the new report. But despite having a slimmer profile, this MacBook Air model will be top-of-the-line. Apple is also said to use the M1 chipset inside this MacBook Air model. And among other features, Apple might also be considering bringing iPhone's Face ID to the MacBook line but there is no certainty on that yet. Gurman has said this MacBook Air model might launch during the second half of this year "at the earliest" or the next year.