Not technical glitch, this reason prompted Swiggy to address all its users as Suryakant

Swiggy users went into a tizzy whenthey received a mail addressed to them as "Suryakant" from the food-delivery giant. 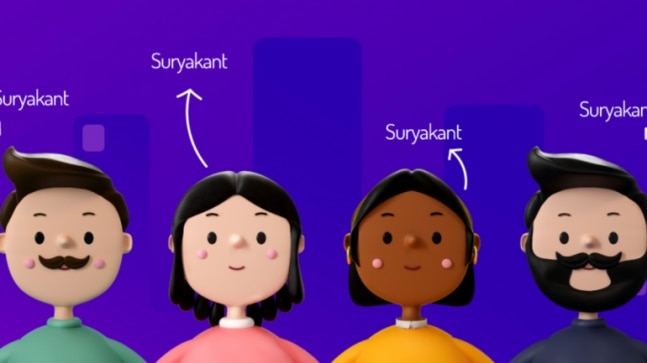 Swiggy users went into a tizzy when they received a mail addressed to them as "Suryakant" from the food-delivery giant. Initially, the mail was ignored but when many people reported getting the same email at the same time, users questioned the company about the seeming glitch. Some even blamed the copywriter of the company for the gaffe but the poor writer had no role to play here.

At 10 AM on Thursday, several Swiggy users received a mail from the company. The mail, however, was not addressed to them but it was addressed to a boy named Suryakant. Within minutes, users across the country took to social media to call out the seeming "error" in Swiggy's communication.

A few influencers and people with blue-tick handles took to Twitter to ask "who is SuryaKant" and why is Swiggy sending the same mail to everyone. Acknowledging the "error", Swiggy responded, "The mid-week blues destroy the best of us (Shrugs). Sorry about the goof up. We're checking who this Suryakant fellow is #WhoIsSuryakant."

Some of the users were quick to point out that the batch-customized mailing software/service of Swiggy must have been broken. The food-delivery company too played along with the users who had pointed out the folly on Twitter for a while but later revealed what the team was upto.

"Earlier today, you and lakhs of other Swiggy customers received communication from us referring to all of you by one name - Suryakant. This wasn't so much an error as an attempt at correcting an error. You see, in the past we've made the mistake of treating all our customers exactly the same - we had just one SUPER plan for everyone. But over the last few years, we've noticed that no two foodies are exactly the same. This is why we've made some big changes to our membership programme, Swiggy SUPER. With the all-new SUPER, you can pick from 3 plans based on how often you order and the kind of benefits you'd like. In other words, we're giving YOU the power to choose how you save," Swiggy wrote in its blog.

This was just another marketing gimmick by Swiggy to shift its users' attention towards the changes made in the Swiggy membership plans. For the unversed, Swiggy offers a membership plan to users called the Swiggy Super, which waves off the delivery fee of the users and also provides discounts in most deliveries. So now Swiggy has introduced three of those Super plans for users. So the first plan is the Swiggy Bit plan priced at Rs 89 per month. This plan includes 5 free deliveries under 3 km. Another plan which is called Swiggy Bite is priced at Rs 169 per month, the plan includes 10 free deliveries under 5 km and exclusive buy 1 get one 1 free offers. The third plan in the list is priced at Rs 329 per month. This includes unlimited free deliveries from any restaurant along with exclusive unlimited buy 1 get one 1 free offers.