Nubia has launched another gaming smartphone with a Snapdragon 865 SoC and a 144Hz display in the Chinese market. 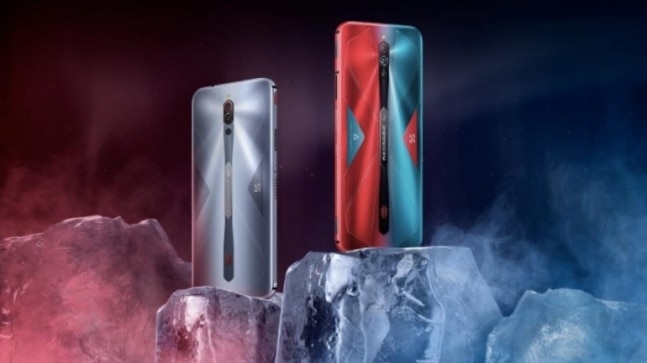 Let us talk about the specifications of the Nubia Red Magic 5S now. It has got a silver-plated vapour chamber for cooling, which is called ICE Ag. The company is claiming the silver used in the cooling system can be more effective in heat management than the copper heat wires used on the predecessor and other gaming smartphones. The Nubia Red Magic 5S has the 15,000 RPM spinning fan borrowed from the Red Magic 5G to help the smartphone cool down while it is being charged at 55W speed. Apart from the modifications done to ensure even smoother gaming on it, Red Magic 5S tallies with the same specifications as its predecessor in most departments.

Red Magic 5S has a 6.65-inch FHD+ AMOLED display without any punch-hole or notch design and with minimal bezels on sides. The top and bottom chins do have some thickness though. The display supports up to 144Hz refresh rate, which the freshly-launched Lenovo Legion Pro Duel and Asus ROG Phone 3 also have. Its touch sampling rate is 240Hz, which is impressive but same as the two smartphones mentioned above. But what makes it stand out is a hyper mode that boosts the touch sampling rate to 320Hz during gaming. There are capacitive touch triggers on the screen and an in-display fingerprint sensor, as well.

Unlike the latest ROG Phone 3 and Lenovo Legion Pro Duel, the Nubia Red Magic 5S is only powered by a Qualcomm Snapdragon 865 processor, paired with up to 16GB of RAM and 256GB of UFS 3.1 storage. It runs Android 10-based Red Magic OS with special customisations for gaming. The smartphone has a 4500mAh battery with up to 55W charging via the bundled charger and the USB-C port. At the back, there is a 64-megapixel main camera using the Sony IMX686 sensor along with an 8-megapixel ultrawide shooter and a 2-megapixel macro shooter. There is an 8-megapixel camera on the front located on the bezel. There is also support for a microSD card of up to 256GB storage capacity.

Samsung Galaxy Note 20 series: Everything we know so far