Ola on Wednesday announced that it will add protective partition screens in Ola Autos between the drivers and passengers to ensure physical separation. 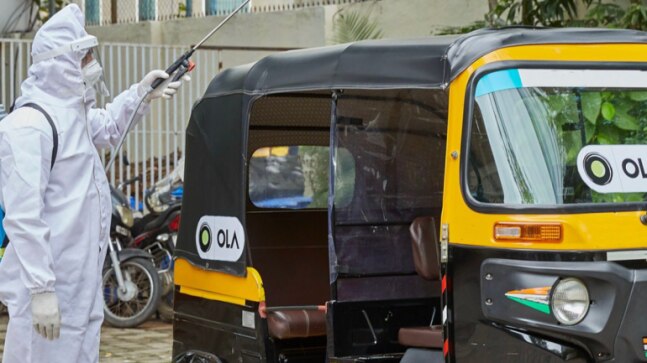 As a part of the Ride safe India initiative, Ola has now introduced new measures to keep its riders and drivers safe. The company on Wednesday announced that it will add protective partition screens in Ola Autos between the drivers and passengers to ensure physical separation. After months of suspension, ride-hailing giants including Ola and Uber resumed services in most parts of the country. The company announced various safety measures for Ola Cabs but this is the first time it announced a protective gear exclusively for Autos.

Announcing the same on Twitter, Ola CEO Bhavish Agarwal wrote on Twitter, "Auto Rickshaws are India's most ubiquitous form of mobility. As part of #RideSafeIndia, we @Olacabs are introducing 5 layers of safety including protective partition screens and regular fumigation in Ola Autos making everyday commute safe and affordable."

Ola has also made it mandatory for its auto-driver partners to undergo fumigation every forty-eight hours. The company said in a statement that fifteen new fumigation centers will be opened in Delhi in the coming days. As a part of their new safety initiative called Ride India Initiative, Ola has "enhanced cleanliness protocols, implemented vehicle sanitization practices and incorporated technological advancements, for Ola Autos at no extra charge."

Ola had earlier issued safety guidelines for all its riders and driver-partner which are as follows:-

—The drivers are required to wear masks during a ride and they will have to authenticate it by sharing a selfie with Ola before and after every ride.
— Ola has provided hygiene kits to its drivers which would comprise of masks, sanitizers, disinfectants, and drivers can get these at all walk-in centers across their cities.
—Ola has advised drivers to fumigate their cars after every ride.
—Ola has given the leverage to drivers and riders to cancel the trip at any given time if either party is not following the safety guidelines.
—All riders are advised to wear masks during the ride. The rider can also cancel a ride if the driver is not following safety norms.

Talking about Ola's new initiative, WhatsApp spokesperson Anand Subramanian had said, "Being ubiquitous to India, Auto-Rickshaws are one of the most economical and widely used means to commute in our country. With these added safety measures for Ola Auto, both driver-partners and citizens are assured of a comfortable and safe ride. Ola's five layers of safety bring the assurance of a high quality ride, with the affordability and access of Ola Auto as a preferred first and last mile mobility solution."