OnePlus CEO Pete Lau has shared a couple of images of some special edition devices of the past that were unreleased. Lau says OnePlus is going to share similar information on a new one. Do you remember the OnePlus 5T Star Wars Edition? It was launched back in late 2017 for fans of the Star Wars movie franchise. OnePlus got into the habit of doing special edition devices and the most recent ones have been celebrating its venture with McLaren. However, OnePlus has been working on special designs and new finishes for all its models. While some made it to the shelves, a few of them did not. The OnePlus CEO Pete Lau has shared some images of those few on social media.

Lau has shared a couple of new images showing some special edition variants of the recent OnePlus devices. The most recent one, which is the OnePlus 7T, was also conceptualised in a special variant and had it been launched, it could have been a unique proposition to buyers. The OnePlus 7T was planned in a special Marble edition, with the back panel of the phone resembling a texture similar to marble. It seems that the frosted glass finish, or matte finish, on this edition would have given the feeling of the phone being actually constructed of marble.

Similar to exiting special edition models, OnePlus had only changed the colour of the rear panel the massive circular camera design and all the familiar buttons still exist where they usually are on a regular phone.

Apart from the marble edition, there's also a darker shade on the OnePlus 7T shown in the images. This edition too features the frosted glass finish that's available on the current generation OnePlus 7T phones. 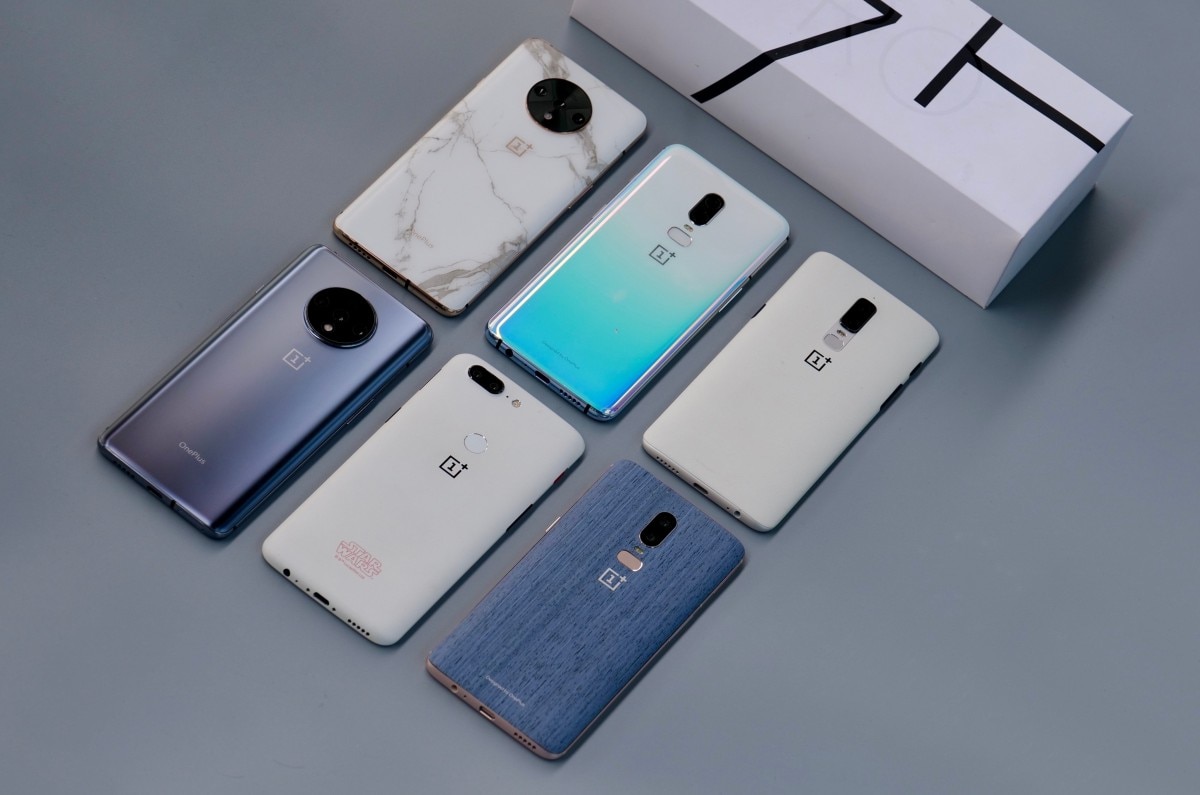 Leaving apart the OnePlus 7T series, there's also a special edition of the OnePlus 6 visible here. The OnePlus 6 is seen in a unique pastel shade of blue and white combination in a glossy finish. The variant looks good and is reminiscent of the shades seen on many phones from Oppo. A sandstone finish of the OnePlus 6 is also visible sitting next to this variant. Another variant of the OnePlus 6 with a denim gradient is visible. Lastly, the OnePlus 5T Star Wars Edition ends the collection.

While these are some of the variants we would have liked to see become a reality on these OnePlus phones, the OnePlus CEO assures that there's more to come soon. This is clearly a hint at the upcoming OnePlus 8 series that's rumoured to launch by the mid-April of 2020. Previous leaks have suggested that the OnePlus 8 Pro and OnePlus 8 could end up in a matte green variant similar to the iPhone 11 Pro series phones. Lau maybe talking about these variants that could be unveiled soon.

The OnePlus 8 series is expected to be announced by mid-April and these phones could hit the shelves by early-May. OnePlus has so far confirmed that these phones will come with 5G support out of the box.