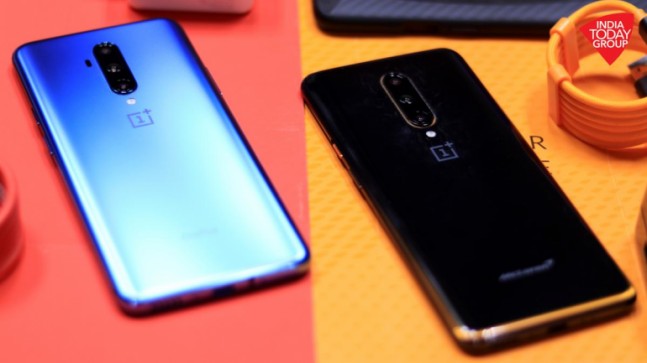 Had the Coronovirus epidemic not happened, we would have been busy dealing with all the smartphone launches at this year's Mobile World Congress (MWC) in Barcelona. While the event stands cancelled and brands resorting to online launch events for their devices, the MWC 2020 committee is hasn't given up on the awards. Amongst many categories, there's an award for the best smartphone in 2020 and guess who has won it? It's everyone's favourite - the OnePlus 7T Pro.

The judges at this year's MWC chose the OnePlus 7T Pro as the best phone, considering many parameters. "This is virtually unsurpassable from a technology perspective, with class-leading processor speed, rapid charge times and excellent software. An all-round product at an accessible price point, the company should also be recognised for its impressively successful go to market strategy," said the judges on why the OnePlus 7T Pro is the chosen one.

In essence, the OnePlus 7T Pro impressed the judges with its processing speed, the fast charging system and the Oxygen OS skin that's popular among Android fans. OnePlus' Oxygen OS skin has been hailed by critics as the best iteration of Android that even surpasses Google's stock Android interface in many ways. OnePlus has not only maintained the user experience but it has also been leading the charge for delivering the latest Android updates timely.

The OnePlus 7T Pro also impresses highly with its 30W Warp Charge 30T system that fills up the big 4085mAh battery almost within an hour. Additionally, the Snapdragon 855 Plus has been hailed as a very powerful chipset and it can handle anything you throw at it in the best of ways.

While the MWC jury did not mention, the OnePlus 7T Pro also has an impressive display. It's one of the few phones in the market to come with a massive 6.67-inch AMOLED display that has no notch or punch-hole cutout for the camera - thanks to the pop-up selfie camera. The display also comes with support for 90Hz refresh rate, which makes all the interactions seem smoother.

The OnePlus 7T Pro comes in only a single variant in India and you can get it at Rs 53,999. At this price, you get 8GB RAM and 256GB of UFS 3.0 storage as standard. However, if you want to bump up the RAM to 12GB, you can settle for the McLaren Edition that also gets you some nice McLaren exclusivity with a special paint job, theme and packaging.