OnePlus has announced massive discounts on some of its flagship devices including OnePlus 8T, OnePlus 8, OnePlus TVs, and power banks as part of the company's 7th-anniversary sale. 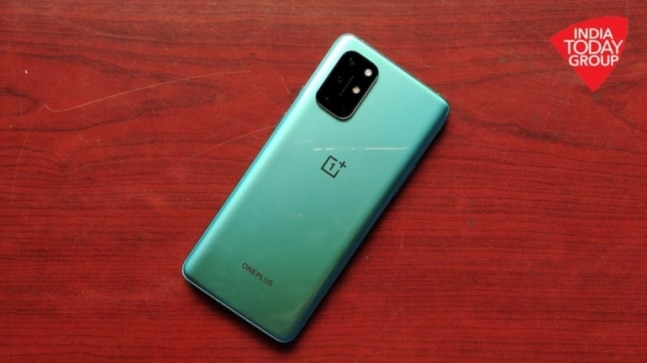 OnePlus is offering massive discounts on some of its flagship devices including OnePlus 8T, OnePlus 8, OnePlus TVs, and power banks as part of the company's 7th-anniversary sale. The devices can be purchased from the official website of OnePlus India and the OnePlus retail stores on December 17. The company is also selling some of the audio devices, power banks, and other products at discounted prices.

Discounts on OnePlus 8T, OnePlus 8, and other phones

OnePlus is offering an instant discount of Rs 2000 on OnePlus 8T and Rs 3000 off on OnePlus 8 for HDFC cardholders. The smartphones can be purchased on amazon.in. The company is also offering discounts for up to 10 percent on select OnePlus audio products on Amazon and Flipkart. However, the offer will only be valid on December 17 and December 18.

In the offline and online OnePlus stores, the company had announced that the buyers can avail of up to Rs 2000 instant discount, Easy EMI options, and up to 10 percent cash back on select American Express Card transactions on purchasing OnePlus smartphones from the company's website or its app.

Apart from the instant discounts on HDFC cards, customers can also avail of easy EMI options with Bajaj Finance Limited at the offline stores. Red Cable Club members can also get up to a Rs 3,000 discount when upgrading to any OnePlus device and exchanging an old one. If the smartphone is bought from the OnePlus Store app, can also avail a complimentary Rs 500 discount voucher.

Not just smartphones, OnePlus is offering discounts on Smart TVs. The OnePlus TV Y series 32-inch and 43-inch are being sold at a discount of Rs 1,000 and are available for purchase at Rs 13,999 and Rs 23,999 respectively.

The HDFC cardholders will get an instant discount of up to Rs 4,000 while making purchases through the bank's credit card, credit card EMI, or even debit card EMI. The offer is valid across all platforms including the e-commerce platforms and the online and offline retail stories of OnePlus till the end of December.

Apart from the TVs, OnePlus is selling its Power Bank at a special price of Rs 777 and offering up to 10 percent discount on audio products starting December 17.

Tech in 2020: Smartphones go back to basics