OnePlus 8 official specifications revealed: Could be among the fastest Android phones this year

OnePlus will be using the flagship Snapdragon 865 chip on the OnePlus 8 series to ensure the OnePlus levels of fast performance. 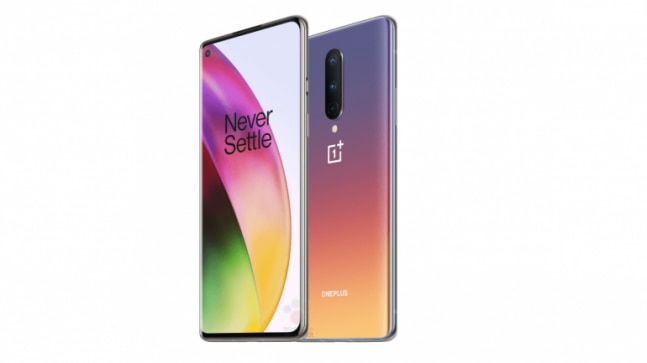 OnePlus has gone active since yesterday after the launch announcement has been made. The new OnePlus 8 series is going to be launched on April 14 and similar to most of the recent launches this time, OnePlus is hosting an online livestream event which will be available for Indian viewers at 8:30 pm on April 14. So far, OnePlus has only teased the phone's design from the outside and only confirmed a couple of features. Today, OnePlus has given out some more specifications on these phones.

On its social media accounts, OnePlus has confirmed that the OnePlus 8 series phones will get the same hardware as most of the 2020 flagship phones. For the chipset, the OnePlus 8 series will use the Snapdragon 865 and as OnePlus confirmed previously, this phone will come with support for 5G networks. The Snapdragon 865 is exclusive to a few premium grade phones in the market at the moment.

Supporting the Snapdragon 865 chipset is UFS 3.0 storage, which debuted on the OnePlus 7 Pro last year. It is surprising to see OnePlus missing out on the faster UFS 3.1 storage as seen on the Redmi K30 Pro variants. That said, UFS 3.0 is fast enough and OnePlus is known to optimise the hardware to its advantage.

OnePlus will also be using LPDDR5 RAM, which is currently the fastest type of RAM available for smartphones. This should help with faster app load times as well as overall smooth performance. Of course, all of these will be paired with Oxygen OS 10 based on Android 10 and this could end up being one of the fastest and smoothest Android phones in the market.

While OnePlus has started revealing the feature slowly, the leaks have given out almost everything. The OnePlus 8 will go upmarket this year with a 6.65-inch curved edge AMOLED display and a punch-hole cutout for the selfie camera. The display is said to have a refresh rate of 90Hz. The OnePlus 8 Pro, on the other hand, will get the newer 120Hz refresh rate. OnePlus is also said to be bringing wireless 30W fast charging and IP68 rating for the first time.