OnePlus 8, OnePlus 8 Pro launch: How to watch launch event from your home, what to expect 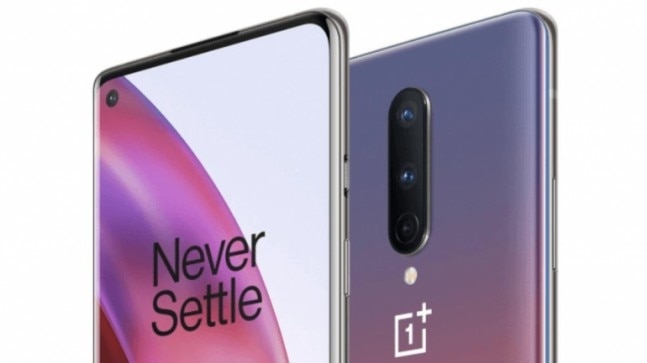 OnePlus 8 series is set to launch today after a flurry of teasers by CEO Pete Lau. The next-generation OnePlus phones will bring in some of the much-demanded features, including wireless charging that has so far been missing on OnePlus smartphones. As many as two smartphones have been confirmed to launch, the OnePlus 8 and the OnePlus 8 Pro, the latter of which will, of course, have more bells and whistles. The OnePlus 8 Pro has been teased to sport a Qualcomm Snapdragon 865 SoC, 30W Warp Wireless Charge support, and likely an IP68 rating for dust and water resistance. The design of the OnePlus 8 and OnePlus 8 Pro phones has also been tweaked to include the punch-hole on the display. OnePlus has also revamped its logo that will be featured on the OnePlus 8 phones.

The OnePlus 8 and OnePlus 8 Pro launch event will begin at 8:30 pm IST on Tuesday, April 14. Since the covid-19 pandemic has forced all the events to go digital-only, OnePlus is holding an online event that can be watched via a live stream. The live stream is already available on YouTube and the company website (embedded below).

While the official pricing of the OnePlus 8 duo will be revealed tonight at the event, rumours did not leave it to the imagination. According to Roland Quandt's tip, the OnePlus 8 will start at around EUR 719 (roughly Rs 60,000) while the OnePlus 8 Pro's base model will cost around EUR 919 (approximately Rs 76,000). Of course, the Indian pricing will be a little lower than what the currency conversion has projected. The OnePlus 8 and OnePlus 8 Pro are likely to be available via Amazon India as and when the online deliveries of non-essential items become feasible.

OnePlus 8 Pro is reported to pack a 6.78-inch QHD+ Super Fluid AMOLED display with a refresh rate of up to 120Hz. The smartphone will be powered by a Qualcomm Snapdragon 865 SoC coupled with up to 12GB of RAM and 256GB of internal storage. It will have a setup of two 48-megapixel sensors and an 8-megapixel sensor at the back while a 16-megapixel front-facing camera will be mounted on the front. OnePlus 8, on the other hand, will have a 6.55-inch FHD+ Fluid AMOLED display with up to 90Hz display, Snapdragon 865 SoC, up to 12GB of RAM, 256GB of internal storage, triple cameras (48-megapixel, 16-megapixel, and 2-megapixel) on the back, and a 16-megapixel camera on the front.