More leaks related to the OnePlus 8 Pro have surfaced online. Apart from the new punch-hole style camera, the phone could also debut a new web browser on Oxygen OS. 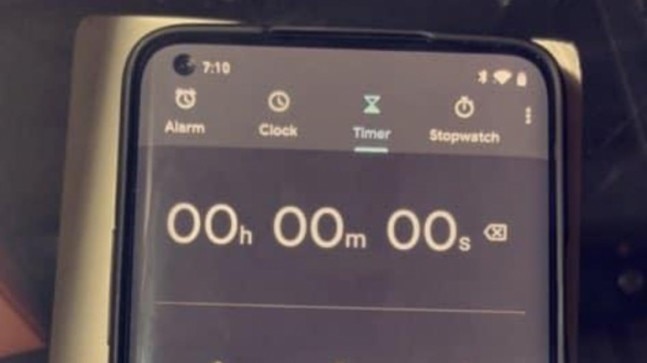 The leak factory is on its full swing and OnePlus is dominating the front. The OnePlus 8 Pro is currently the star of the show and you will find almost a dozen leaks on the web - some suggesting benchmark scores while others showing photos of the phone. So far, photos of the OnePlus 8 Pro has been shared by one tipster on Snapchat and every successive day, new stuff related to the phone is being shared. Today, photos of the front of the phone, as well as new snippets of Oxygen OS, have been shared.

We have seen the back of the OnePlus 8 Pro so far but now, Lao OP has shared an image on his Snapchat account that shows the front of the phone. At first glance, it looks similar to the OnePlus 7 Pro, with the same think bezels and the curved edge display, amplifying the bezel-less look. However, look closely and you will see a punch-hole cutout for the front camera. Goodbye pop-up camera.

What's surprising is that there's no border around the punch-hole cutout for the front camera, which is usually not the case with phones having this camera layout. The bottom bezel is also slimmer than the OnePlus 7T Pro. The Pro model is supposed to get the 120Hz refresh rate panel that OnePlus has been proud about since the last few weeks.

The display also appears to show a glimpse of Oxygen OS, although, in this photo, we get to see the stock Google Clock app. In two more photos from Lao OP, he has shared screenshots of the OnePlus 8 Pro's home screen. As with all new OnePlus phones, there will be new wallpapers although the pattern is similar to wallpapers we have seen on the OnePlus 6T. The purple variant of the phone will have purple wallpaper in its default setting while the green variant will have a green wallpaper as its default. In these screenshots, there also appears to be a new web browser app that could come with Oxygen OS as the default browser. A new app icon sits in the app tray where OnePlus usually keeps the Chrome browser. Chances are that OnePlus might come up with its own minimalist Chromium-based browser that could offer stronger integration with all the system apps.

It's still too early to comment on the authenticity of this information as OnePlus hasn't even started teasing the phone. However, OnePlus is rumoured to be hosting a launch event by early April and it might be testing out prototypes of the phone before shipping them after a few weeks.

After WhatsApp Android and iOS, WhatsApp Web to get official dark mode soon