Ahead of its launch, the OnePlus 8 Pro has now found itself listed on Geekbench, with some of its key specs being revealed to the world. 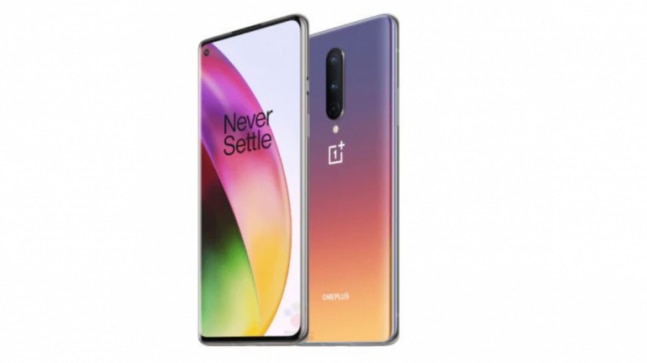 Smartphone maker, OnePlus, has announced the launch of its upcoming phones, the OnePlus 8 series on April 14. The series is expected to bring a number of new smartphones, including OnePlus 8 Pro. The phone is expected to be the company's flagship for the year, and as such feature specs to match the tag.

However, the latest Geekbench listing has also revealed the model number of the device -- claimed to be IN2025. The listing reveals the OnePlus 8 Pro will pack 12GB RAM and boot Android 10 OS with OxygenOS custom skin on top. It has also given us a quick look into how the device could perform once it's launched. As per the Geekbench listing, the OnePlus 8 Pro has scored 906 points in single-core and 3,398 in the multi-core test.

This not only helps it easily beat last year's OnePlus 7T Pro but also the Galaxy S20 Ultra. Its score, however, is slightly less than the Snapdragon 865-powered Oppo Find X2 Pro.

Apart from this, the listing doesn't reveal much about the device, however, leaks in the past have tipped the OnePlus 8 Pro to sport a 6.78-inch Quad HD+ Super AMOLED display running at a refresh rate of 120Hz. There will also be a punch-hole cutout for the selfie camera with the phone also getting Gorilla Glass protection on the front and back.

Apart from this, the handset is expected to run Android 10 with the latest OxygenOS version on top. The OnePlus 8 Pro is also expected to come with IP68 rating for water and dust resistance.

Coronavirus in India: This app warns if you come in contact with COVID-19 positive person

LG said to unveil G-series replacement on May 15