The OnePlus 8 and OnePlus 8 Pro the most expensive OnePlus phones to have been launched to date. But they could be priced aggressively in India. 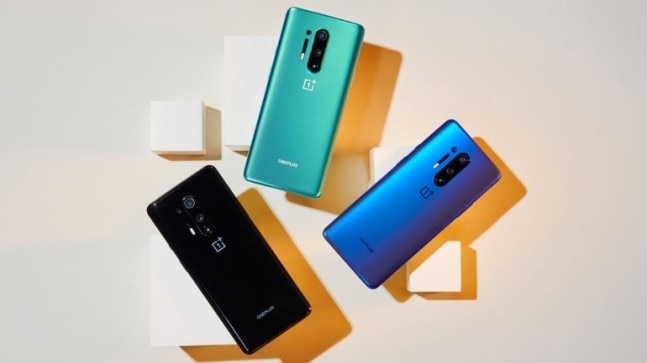 Chinese phone maker OnePlus launched its latest flagships, the OnePlus 8 and OnePlus 8 Pro at an online-only event yesterday. While the event was one worthy of a flagship product launch, it did lack the glitz and glam that we've come to associate with OnePlus launches in the past.

However, the same cannot be said of the two phones, both of which bring a refined design and feature set to easily make them the most premium OnePlus smartphones to have been created to date. But as we have seen in the past, truly premium flagships don't come cheap -- something that also looks true for the OnePlus 8 series of phones too. But, while the jump in the price may be a significant one for buyers in the United States -- and even in Europe -- it may not necessarily be the case for us here in India. In fact the company even hinted at the same when it tweeted out shortly after the launch to inform its Indian fan base that the Indian pricing of the devices will be announced soon.

Interestingly, the tweet urged fans to remain patient as it preached: "Good things come to those who w8." There was also a hint at that the Indian pricing of the phones could be more affordable, as it clarified that the company doesn't "speak dollar" and that the Indian prices will be coming soon.

Good things come to those who w8 pic.twitter.com/t7OrAPlNBR

If it indeed ends up being so, it'll make India one of the most affordable markets to buy a new OnePlus 8 series device from. However, before we get too excited, we'd still like to throw in a word of caution here, and remind our readers that the pricing of the device depends on multiple factors -- most of which aren't working in the Indian buyers' favour at the moment.

The depreciation of the Rupee against the Dollar and more crucially the 50 per cent hike in GST on phones -- from 12 per cent to 18 per cent now -- are all factors that could potentially push up the price of the OnePlus 8 series devices in India. Further, the disruption in supply and manufacturing caused by the Covid 19 induced lockdowns may also have some role in increasing prices of the phones in India.

As such, we'd recommend waiting for a few days for the company to announce the prices of the smartphones, and not getting too excited over a cryptic tweet by the company.

OnePlus 8 reviews: More performance and what else?