The OnePlus 8 Pro has been photographed in the wild and it looks strikingly identical to the OnePlus 7T Pro. The pop-up camera goes away but there's no ugly camera hump. 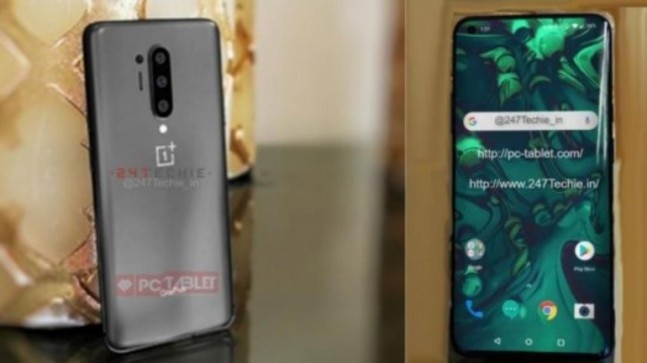 The OnePlus 8 Pro has been doing rounds of the web for a while in the guise of benchmark numbers and listings but so far, the only visual proof of the device has come in the form of the original renders that surfaced first during the launch period of the OnePlus 7T series globally. Since then, there have been a few fakes out in the open but with the launch date rumoured to be some time in April, the OnePlus 8 Pro has been quite secretive so far. However, we may have a possible first glance at the phone now.

A new set of photos have emerged on the web and based on what we see, it seems like the OnePlus 8 Pro. There's no confirmation on the same and neither are we asking you to blindly put your faith on these renders. But if you want to take every bit of information seriously, then this leaked set of photos are your best bet.

From the photos, it seems that OnePlus has not changed the design of the phone much compared to the older model. The new model looks similar to the OnePlus 7T Pro. It carries on the same curved edge display but this time, instead of a boundless display, there's a punch-hole cutout for the selfie camera. The cutout is positioned on the left corner and it seems to be quite small. The bottom of the phone also appears to have a very slim chin.

At the back, the design remains mostly untouched. Similar to the renders shown before, the OnePlus 8 Pro has a bigger triple camera module positioned in the center. There appears to be a depth camera positioned to the side and it is accompanied by an array of autofocus sensors. The LED flash sits below the camera hump.

The device shown in the photos wears a matte grey finish with slight gradient textures visible. PC Tablet, however, says that there will be a matte blue colour on the Pro model as well and OnePlus will also add a third colour variant. This third colour variant could end up being a matte green finish or a matte gold finish.

While the tip reiterates the rest of the specifications, there's some update on the launch date. Earlier, we were told that OnePlus could announce the new phones mid-April. However, due to the ongoing coronavirus pandemic, the launch has been now delayed and OnePlus will push the launch to the end of April or maybe even May. Pricing is still unavailable but the tip says there will be official prices revealed next week.