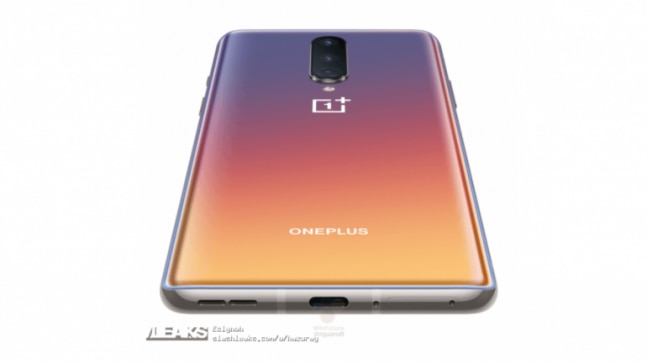 OnePlus is yet to announce anything formally regarding the next-generation phones but the web is awash with all possible information you can get on these phones. There are official renders of the OnePlus 8 and OnePlus 8 Pro out. Moreover, even the internal specifications of the phone have been released by tipsters, leaving nothing to the imagination. What was peculiar, though, was the use of two 48-megapixel cameras on the supposedly more premium OnePlus 8 Pro.

The main camera, as we all assumed, will be one of the 48-megapixel camera but it will use the newer Sony IMX689 sensor with a lens aperture of F1.79. The other 48-megapixel camera is the new ultra-wide angle camera using the old Sony IMX586 sensor with a wide field of view of 120-degrees and an aperture of F1. Hence, OnePlus is using a higher quality sensor for the wide-angle camera this time.

While this is not an official explanation for the setup, it hints at OnePlus going all-out on the camera performance for this year's phone. Last year's OnePlus 7 Pro showed a massive improvement in terms of image quality enhancement and the same can be said for this year. The use of the Sony IMX586 for the ultra-wide camera will help OnePlus deliver better photos even in low light. This should also help OnePlus reduce the colour imbalance between the results from individual cameras.

Apart from the upgraded camera hardware, you can also expect OnePlus to improve the computational photography this year. The new main camera could allow for better low-light stills as well as an even better dynamic range. Moreover, the Snapdragon 865's ISP should also help with better image processing than before.

OnePlus 8 leaks unlike anything: All colour variants, design now out