OnePlus 8 Pro is said to have a special X-RAY camera that see-through some surfaces, and even clothes under rare circumstances. 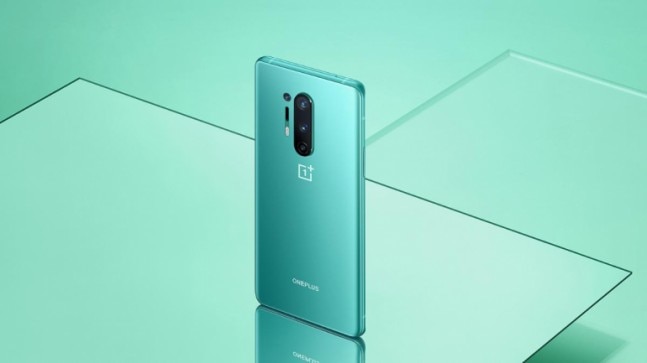 OnePlus 8 Pro was recently launched as OnePlus' latest flagship. The phone comes with powerful hardware and for its highest variant even reaches a point that's completely premium. While there were enough reasons already to suggest the OnePlus 8 Pro is worth the price, we now appear to have been given another one.

As per a report published by XDADevelopers, the OnePlus 8 Pro's color filter camera can actually be used to see through some objects and can be used for clicking pictures of some surfaces in the Photochrom mode to reveal what's inside them.

The findings of the report have been backed by other publications too, including AndroidPIT which claims the fourth camera on the back of the OnePlus 8 Pro can even see through some surfaces such as clothes under rare circumstances.

This is because the OnePlus 8 Pro's color filter camera is sensitive to IR light because it can catch light that's outside the visible spectrum. Explaining how the OnePlus 8 Pro's camera is able to see through objects, the publication says: "Normal cameras have an IR filter that blocks light outside the visible spectrum. However, some cameras allow a small amount of infrared light. You may have seen this before when you pointed a remote control into the camera and saw how the light appeared when you pressed the buttons on the remote control. The reason for this IR filter over the sensor is that infrared rays would interfere with the final result and affect the image quality."

For the uninitiated, the OnePlus 8 Pro is available in two memory and storage variants, with the entry-level 8GB+128GB one available in Onyx Black and Glacial Green colours across online and offline channels at a price of Rs 54,999. The higher-end variant with 12GB RAM and 256GB storage has been priced at Rs 59,999. The variant has been announced to be available in Onyx Black, Glacial Green, and Ultramarine Blue via all online and offline channels.

For the price, the OnePlus 8 Pro gets some powerful specs, including its cameras. At the core of the set-up is a 48-megapixel Sony IMX689 primary lens sat next to another 48-megapixel ultra-wide lens which boasts of a 120-degree field of view. The two have been paired with an 8-megapixel telephoto lens and a 5-megapixel colour filter lens. At the front, we have a Sony IMX471 lens with a sensor size of 16-megapixels.

Gmail gets Google Meet integration in India: Here is how to use it