In a recent interview to Business Insider, OnePlus has confirmed that its upcoming OnePlus 8 series won't cross the $1,000 mark, despite packing all the latest hardware. 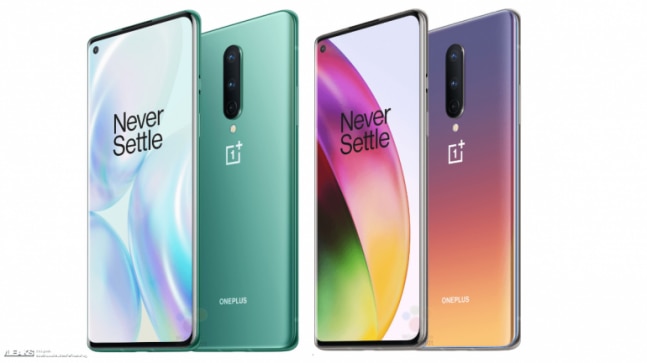 The OnePlus 8 series is coming after just a fortnight and OnePlus has already started giving out a few details on these phones. With a feature list rivalling Samsung's premium Galaxy S20 series, OnePlus is set to offer one of the fastest Android phones one can but this year but without spending as much. So far, OnePlus has given out in a series of social media posts that it is going to offer the fastest third-party internals but the prices are still a mystery. Well, that's no more the case.

No, OnePlus hasn't revealed the prices of the upcoming phones yet but the founder and CEO, Pete Lau, has given us some idea on what to expect if you are planning to splurge your savings on a brand new OnePlus phone this summer. Lau, reiterating on his previous statements, says that the OnePlus 8 phones will come with 5G connectivity but despite all the expensive features, the OnePlus 8 5G series phones won't exceed the $1,000 mark.

5G is an expensive technology and, as Lau says, poses many more technical challenges compared to 4G. Lau also brings the focus on engineering 5G antennas and the assisting hardware to fit into compact smartphone bodies. Prices across the supply chain, from raw materials to 5G chips, are all rising generally in the industry, said Lau.

While Lau does not explain how his company has managed to keep the prices under $1,000, he does say that 5G technology will become cheaper in the days to come and once that happens, 5G phones will be everywhere, just like 4G phones these days.

OnePlus is going to rely on the Snapdragon 865 chip that comes with Snapdragon X55 5G modem only. This makes for an expensive SoC setup and given that OnePlus has already said it will use the Snapdragon 865 on all the OnePlus 8 models, it is going to increase the prices considerably. Hence, that could also be the reason why there are rumours of a more affordable OnePlus Z series this year.

That said, we won't have to wait long to know the prices as OnePlus is launching these phones on April 14. Once these phones come out, they will throw up intense competition to recent launches from Samsung, Xiaomi and Apple in the premium smartphone space.