OnePlus 8T available at discount on Amazon: Why it's worth buying

Promising a bigger battery with support for a much faster battery charging standard, the OnePlus 8T, represents an interesting buy. OnePlus 8T is one of the most interesting smartphones in the market right now. Launched earlier this month, the OnePlus 8T serves as the successor to the popular OnePlus 8. As a mid-year refresh, the OnePlus 8T improves on its predecessor in a number of areas.

Promising a bigger battery with support for a much faster battery charging standard, the OnePlus 8T, represents an interesting buy not only for those looking to get into the OnePlus, or even the Android ecosystem but also for buyers who are upgrading from flagships bought only a year or even a few months ago.

OnePlus is currently selling the phone in two variants in the country. The entry variant of the device with 8GB of RAM and 128GB is available at a price of Rs 42,999. The higher-end 12GB RAM and 256GB storage variants are available for purchase at a price of Rs 45,999. However, if you head over to Amazon, the OnePlus 8T is being sold by the company with a special Rs 1,500 bank discount while making purchases through, Axis Bank, Citi Bank, and ICICI Bank cards.

This offer brings the price of the phone down to an even more aggressive Rs 41,499 and Rs 44,999 respectively. Additionally, OnePlus is also offering exchange offers which can further reduce the cost of the phone by Rs 16,600.

While the price makes the OnePlus 8T a very safe choice, there are still things one should know before making a buying decision. For this, you can head over here to read our in-depth review of the OnePlus 8T, but if you want a quick low down on why the device is a good buy, stick around for all the information you need to know about the OnePlus 8T.

-- OnePlus 8T is a premium-looking phone, that looks more expensive than what OnePlus is asked for the phone. The device is machined out of glass and metal for its frame in the middle which makes it fairly lightweight at 188 grams. OnePlus has created the 8T using a special process called diffuse reflection, which not only gives the device a fancy look but also helps minimise the effects of fingerprints and smudges.

-- OnePlus 8T comes with a big 6.55-inch AMOLED display which is surrounded by very little bezels. The panel is a joy to use and is one of the best ones you can find on a phone right now. It is capable of supporting a resolution of up to 2400 x 1080 pixels, and a fast refresh rate of 120Hz. This not only makes the OnePlus 8T capable of playing games like Call of Duty: Mobile at high frame rates, but in general, a brilliant device to endlessly browse the web on.

-- OnePlus 8T offers powerful specifications as the device has been equipped with a Snapdragon 865 chipset. This has been paired with up to 12GB of RAM and 256GB of fast UFS 3.1 storage, making this a very fast phone, one which can effectively take everything you throw at it. Its core configuration paired with the phone's clean Android 11 based Oxygen OS 11 for handling anything you throw at it. 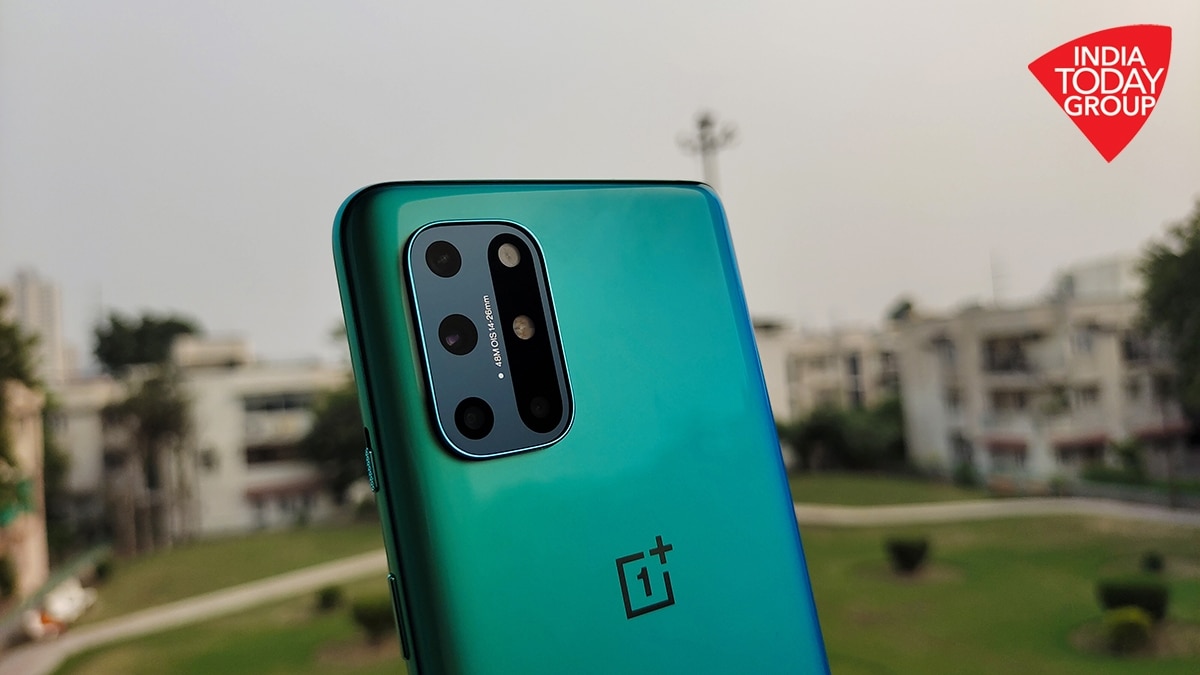 -- OnePlus 8T also brings slightly improved cameras which majorly improve on low-light photography. The phone offers a versatile usage experience while clicking photos as it comes with four cameras of which the primary is a 48-megapixel Sony IMX586 sensor. The OnePlus 8T also offers a lot in terms of versatility. Its ultra-wide-angle lens has a 123-degree field of view. Additionally, the OnePlus 8T gets two more lenses. The first of these is an improved 5-megapixel macro lens which again is a definite upgrade on the OnePlus 8, while the other appears to be the same 2-megapixel monochrome lens.

Best smartwatches under Rs 5000? Amazfit Bip U, Realme Watch and other watches to buy