Compared to the OnePlus 8's 30W fast wired charging support, the OnePlus 8T is said to get 65W of fast charging. 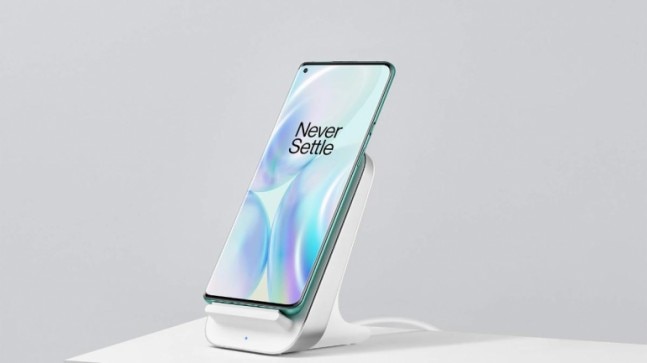 It has only been a few months since the launch of the OnePlus 8 series of smartphones, and now we already have information coming in about the company's next flagship for the year, the OnePlus 8T series.

The information comes courtesy of a report that uses hints from a leaked string in the Android 11 beta code to make this claim. As per XDADevelopers, the refrence was first spotted by a Twitter user who spotted the keyword inside the Engineering mode of Android 11 beta app.

Interestingly, this is not the first time we are hearing of 65W fast charging support for the OnePlus 8T phones. Last month, a leak had revealed a charging adapter that just passed through the safety checks of certification site, TUV Rheinland, for OnePlus. The adapter, however, was quite special as it was shown to have a maximum power output of 65W, hinting that OnePlus' next flagships could support much faster charging than the current 30W on the 8 series.

The rumours about the OnePlus 8T series of phones supporting a 65W fast charger also don't seem that far fetched as the comepany's sister firm, Oppo, already has 65W charging support for some of its phones. Oppo has the 65W Super VOOC 2.0 fast charging solution that uses a 10V@6.5A charging method.

Since OnePlus shares some resources with Oppo and often relies on it for upgrades to newer technologies, it won't be surprising to see it directly rebrand the Oppo charger and use for its phones. More on this, however, would be known in the coming months as we approach the launch date of the next OnePlus smartphones.