The OnePlus 8T is also said to come with 65W fast charging. Here's everything you need to know about it. 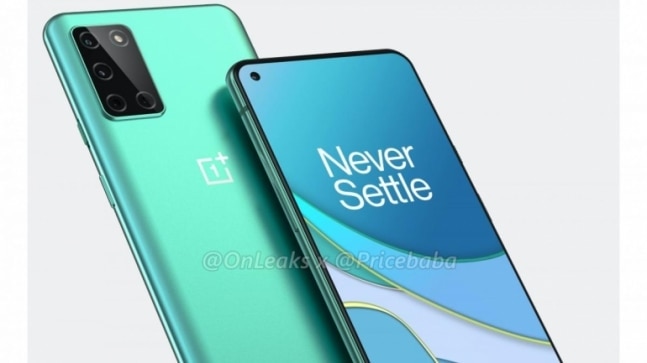 Over the last few weeks, we've seen a number of leaks about the rumoured OnePlus 8T. Previous reports have claimed to reveal key details about the phone's hardware, and now a new one by OnLeaks and PriceBaba has also taken the lid off the design of the upcoming smartphone.

The two have collaborated to share new render images of the device, which reveals some interesting details about the device. The biggest take away from the renders is the new camera set-up on the back, which features a rectangular design that's very different from what we've seen on OnePlus phones in the past.

In fact, it is very similar to what we've seen on Samsung Galaxy S20 series devices. Moving on to the front, the OnePlus 8T again appears to be following the Galaxy S20 series' lead, as it has a flat display with a punch-hole display. The new leak also reveals that the OnePlus 8T will reportedly support 65W fast charging. This will be a big step up from the OnePlus 8 Pro which gets 30W top-ups.

This upcoming smartphone is tipped to be closer than ever to becoming reality as the device codenamed "Kebab" has already been certified by India's Bureau of Standard (BIS). The new OnePlus 8T is expected to be launched in late September or early October. The listing for the phone was spotted by tipster Sudhanshu. The listing reveals that the device would come with the model number KB2001. Interestingly, we've also seen this same device listed on Geekbench in July.

Gmail app users who seldom use Google Meet can disable the function, here's how