More details of the OnePlus 8T have been leaked, including fresh photos, ahead of its October 14 launch. There are also rumours that OnePlus will launch more Nord phones. 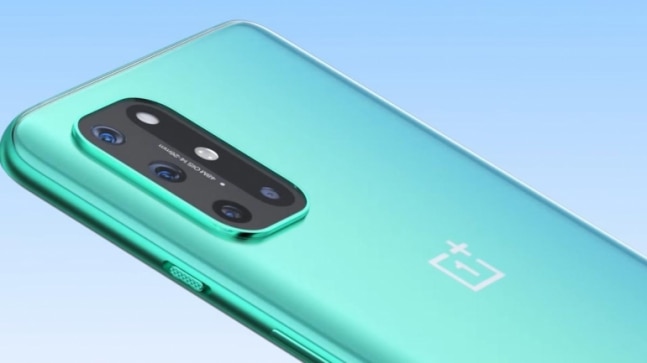 Unlike previous occasions, OnePlus has confirmed that this time it is going to launch only one T variant of its phone. This variant is going to be the OnePlus 8T. There will not be any OnePlus 8T Pro, though there are rumours that more OnePlus Nord phones will be launched soon. But about Nords we will talk in a moment. First, let's take a quick look at the OnePlus 8T.

Given that there is going to be only one T variant, it seems that with the OnePlus T, OnePlus is hoping to satisfy the customers who want great value for money, as well the buyers who want something cutting edge. At least that is what the specs hint at. Here are revealed OnePlus 8T specs:

-- The OnePlus 8T will be powered by the Snapdragon 865 processor. Currently, it is not clear if it will be the Plus variant or the non-Plus Snapdragon.

-- The OnePlus 8T is expected to have 8GB RAM in base variant. 12GB RAM in higher variant.

-- 4500mAh battery with Warp Charge 65W. This is already confirmed by OnePlus.

-- There is going to be a 5MP macro camera. And there will be a 2MP depth sensor.

It has been confirmed by both OnePlus and Amazon, which sells the OnePlus products, that the OnePlus 8T is launching in India on October 14 and will be part of Amazon's Great Indian Festival Sale that kicks off from October 16. There is a chance that N100 is a budget phone from OnePlus, possibly with price around Rs 10,000 and it may come with Snapdragon 6 series CPU or Snapdragon 460 SoC. This phone is expected to have a 6.52-inch screen, a large 6000mAh battery and 13-megapixel camera.

The N10 5G is expected to be a more upmarket phone, with rumours hinting that it will have a 6.49-inch display with 90 Hz refresh rate, Snapdragon 690 5G processor, at least 6GB RAM and 128GB storage and a 64MP camera.

Are you a student? Flipkart seeks interns for 45 days and it will pay around Rs 500 per day