OnePlus on Monday announced a three-year partnership with camera manufacturer Hasselblad to co-develop the next generation of smartphone camera systems. OnePlus 9 series to come with Hasselblad branding. 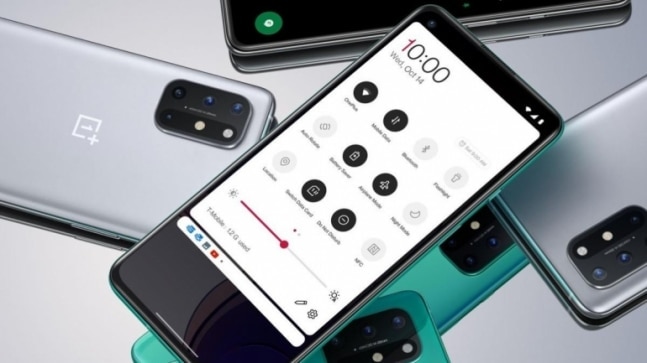 The company on Monday confirmed that the OnePlus 9 series would use a custom Sony IMX789 sensor for the primary camera. OnePlus says it will be the "most advanced main camera sensor" ever on an OnePlus device.

With 12-bit RAW, the company says the new sensor will be 64-times, better at capturing colours and details compared to its previous cameras and will deliver better results. It also revealed that the Hasselblad Camera for Mobile would offer improved HDR video recording and support for capturing 4K videos at 120fps and 8K videos at 30fps.

The OnePlus 9 series will be announced at a virtual event on March 23 at 8:30 pm IST and can be streamed on its website.

What about the "moonshot announcement"? Well, that hints at the presence of a long-zoom lens in the OnePlus 9 phones, at least in the OnePlus 9 Pro of late, we have seen companies like Samsung and Huawei putting lenses with up to 10X optical zoom in their cameras. It is likely that with the OnePlus 9 series, OnePlus wants to at least match them in this area, if not surpass them.

OnePlus has announced a long-term partnership with Hasselblad to co-develop next-gen phone cameras. "Now, through close R&D collaboration, OnePlus and Hasselblad will work together to deliver vastly improved camera systems on future OnePlus smartphones, including the upcoming OnePlus 9 Series," the company said in a statement.

The company has confirmed a $150 million strategic investment for advanced mobile photography. The three-year partnership with Hasselblad will mean that the next few generations of OnePlus flagships will sport the legendary camera branding.

Announcing the launch date for the OnePlus 9 series and partnership reveal, OnePlus CEO Pete Lau said, "With OnePlus' top-of-the-line hardware and computational photography and Hasselblad's rich aesthetic knowledge in traditional photography, I am confident that the OnePlus 9 Series will be a major leap forward in our ability to deliver a premium, flagship camera."