OnePlus 9 is one of the most anticipated devices of 2021. The device has been subjected to several leaks ahead of the launch. Keeping that in mind, we decided to stack up everything we know so far about the flagship OnePlus 9. OnePlus used to launch some affordable flagships, however, that's not the case as of now. OnePlus still makes some really powerful devices with top of the line hardware, camera and features, but for some reason, it hasn't been able to check the pricing of devices from going up.

In order to keep that in check, the device maker launched a new smartphone series called Nord. The OnePlus Nord was the first device to debut under the same series, followed by two more devices Nord N100 and Nord N10 5G. The OnePlus Nord lineup caters to the affordable and midrange segment allowing OnePlus to experiment with their top-end devices.

It's 2021, and leaks around the OnePlus flagships are popping up at a great pace. We recently rounded up leaks and rumours around the upcoming OnePlus 9 flagships. And now we are back with another roundup that details the OnePlus 9. So keeping reading to find out everything we know so far about the OnePlus 9.

--The upcoming OnePlus 9 has been subjected to a plethora of leaks, leaving a lot of details behind ahead of the launch. In our previous article, we had revealed the codename of the upcoming lineup. The lineup is being called "Lemonade" internally, we know through a leak from last year. Further, the leak reveals mentions the model numbers and codenames of the upcoming OnePlus devices, which are as follows:

--Coming back to the OnePlus 9, the device was previously leaked via a Chinese blog showcasing the complete design of the device. Further, a fresh leak has also revealed this device's specs, and this leak comes from the AIDA64 benchmarking app that provides a detailed hardware and software description of the phone.

--The pictures from the Chinese blog showcase a grey smartphone with a glass back which is supposedly the OnePlus 9. We can also see a rectangular camera bump on the rear of the device, which seems to be housing a triple camera setup with a flash. On the front, it can be seen holding a flat display with a hole-punch camera. --An Indian leaker has confirmed that the device will feature a 6.55-inch FHD+ AMOLED panel with a 120Hz refresh rate. This information is in line with the leaks that appeared in the past.

--We know that the device will be powered by Qualcomm's flagship Snapdragon 888 SoC from the leaked screenshots of the benchmarking app. It is an octa-core chipset built on a 5nm manufacturing process and clocked at 2.84GHz. The chipset also packs in Qualcomm's Snapdragon X60 5G modem with Wi-Fi 6E/6 and 5G compatibility.

--Further, the device is expected to ship in two RAM and storage variants, 8GB+128GB and 12GB+256GB. The storage type used here will be UFS 3.1, which is the fastest out there. 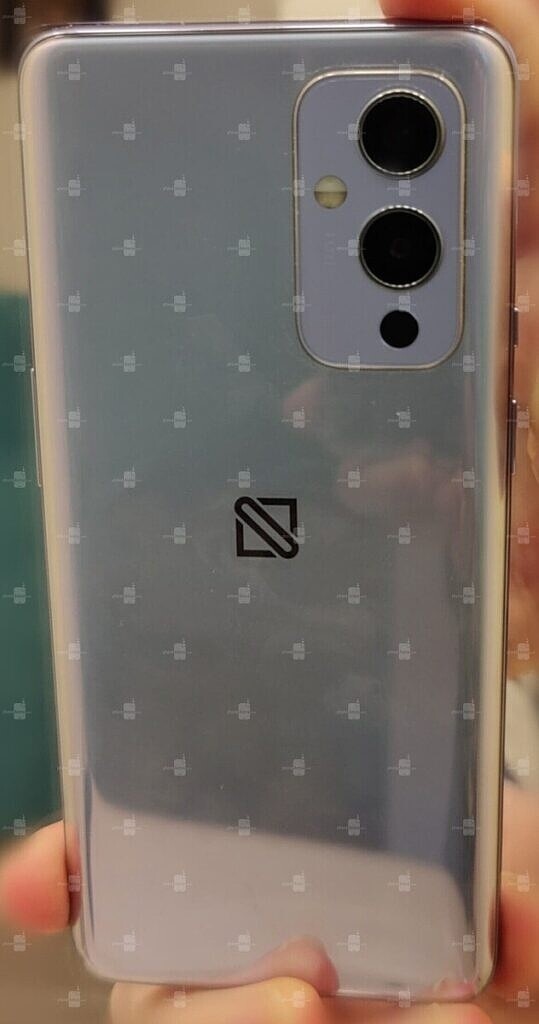 --In terms of optics, the OnePlus 9 is expected to ship with a 48-megapixel primary shooter, a 48-megapixel ultrawide shooter and an unknown tertiary shooter. On the front, the device may get a 16-megapixel shooter for selfies.

--The OnePlus 9 will be powered by a 4500mAh battery with support for 65W fast charging out of the box. The device will have support for 5G, Wi-Fi 6/6E, Bluetooth 5.2, Type C, and more in terms of connectivity.

Unlike the specs and features of the OnePlus 9, there's no information around the exact launch of the upcoming flagship. However, several leaks have hinted towards the launch to take place somewhere in March,

We have seen a constant rise in the pricing of OnePlus flagships. Keeping that in mind, we expect the OnePlus 9 to be priced at Rs 44,999 for the vanilla variant.