Several OnePlus 9 Pro owners have taken to social media and online forums to highlight an overheating issue that they face with their device. Many of them say that the camera app is responsible for the issue. Many OnePlus 9 Pro owners are facing persistent overheating issues with their devices. The smartphones display overheating warnings, often while the camera app is being used.

There have been numerous reports of the issue over time. So much so that OnePlus acknowledged that it is a known issue in response to The Verge. The company said that it would be rolling out a fix via software updates "over the next few weeks."

A unified thread at the OnePlus forums, now reaching eleven pages, talks of the issue. Many OnePlus 9 Pro users have stated their versions of the overheating problem in the thread. The problem exists in varying conditions, even when there aren't many apps running in the background or when the phone is just being used normally. 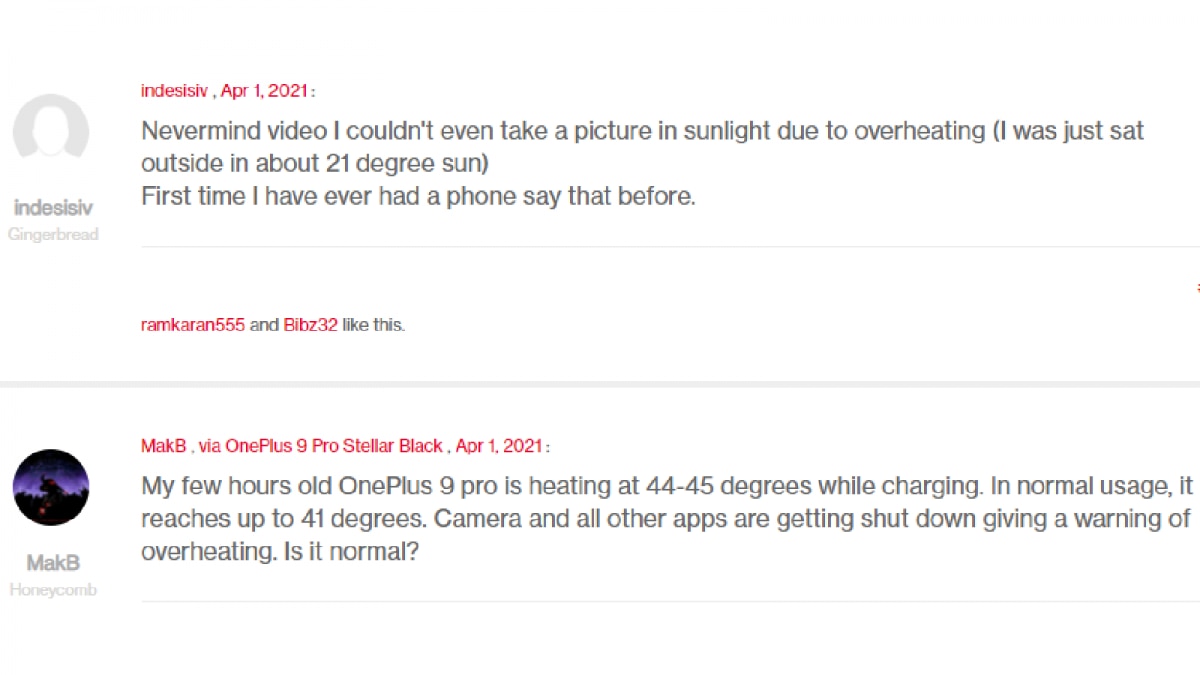 However, a considerable number of posts talk of the camera app being the reason for the issue. Many have shared screenshots of the overheating warning being displayed on their OnePlus 9 Pro while using the camera for video recordings. The warning reads, "The temperature of your device is currently too high. Please pause recording for a while to bring it down." In some cases, it is only after a while that the phone's temperature is restored and it is able to operate normally.

Some have even mentioned the issue being caused by exposure to direct sunlight. The users complained that the OnePlus 9 Pro heated up under sunlight even with minimal use, rendered incapable to perform certain actions. 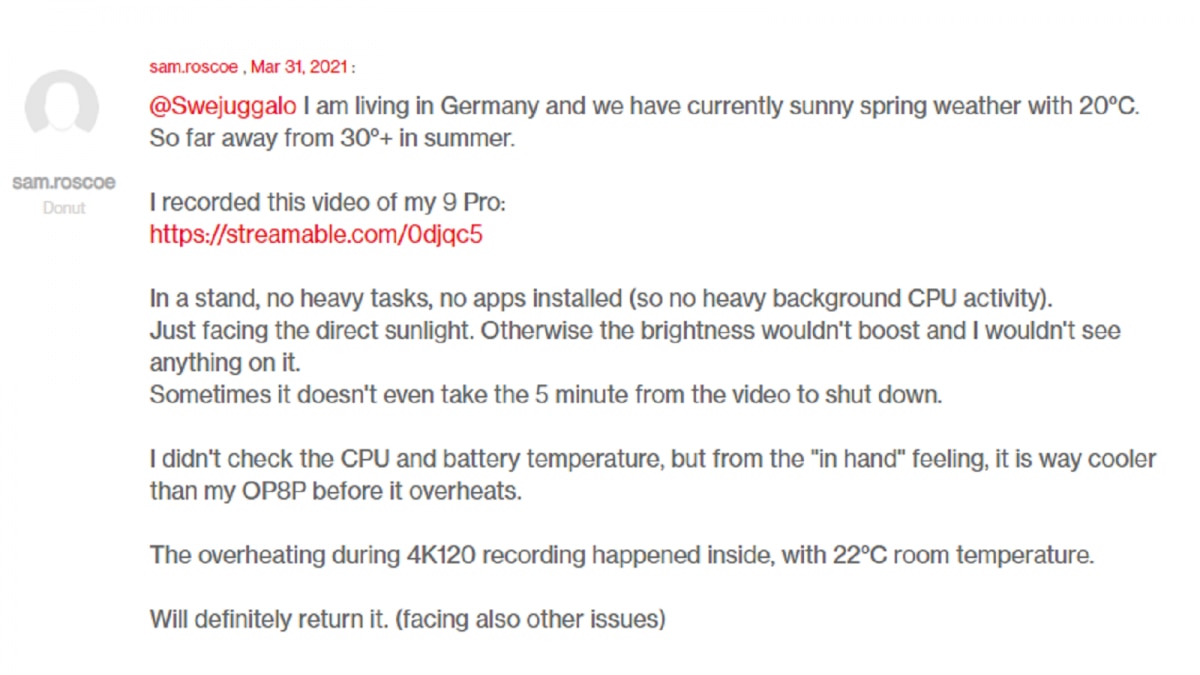 Then again, the majority of users have not found any such fault on their OnePlus 9 Pro. So was the case in our review, wherein the device performed numerous tasks well and did not heat up. You can read about our experience with the OnePlus 9 Pro here.

Many have compared the heating issue with what they have already faced on the earlier models of OnePlus. OnePlus 8 Pro has been named explicitly in several posts to have had the overheating issue earlier.

OnePlus' software update to fix the problem is much awaited, and until the company rolls it out, more and more complaints are being added to online spaces every day.