OnePlus and 5G to go hand-in-hand this year, CEO Pete Lau says OnePlus 8 series will be all 5G

5G is the next big thing for the smartphone industry and OnePlus is going all-in this year with the upcoming OnePlus 8 series. OnePlus is already among the leading phone makers in the 5G race with its existing offerings. 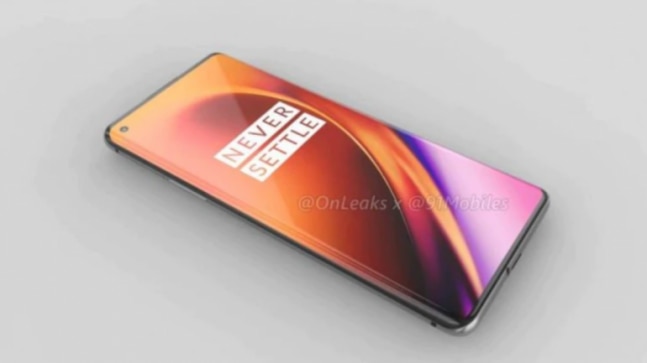 Last year, the OnePlus 7 Pro was a big step for OnePlus. It moved the company towards the ultra-premium segment. Or, in other words, the best smartphone experience you can get. Globally, OnePlus used the OnePlus 7 Pro to step into the 5G market and was among the few phone makers in key international markets like the US, UK, China to offer a phone that could take advantage of 5G. OnePlus even followed it a few months later with the OnePlus 7T Pro McLaren Edition 5G to make the experience of owning a 5G smartphone special. This year, the next OnePlus phone will support 5G in India too.

The market has evolved with Qualcomm going all-in on 5G and OnePlus is ready to take the full advantage. In an interview to CNET, the company's CEO Pete Lau has confirmed that all of its OnePlus 8 series phones will support 5G networks out of the box. Irrespective of whether you are in a 5G supported region or not, all OnePlus phones will support existing 5G networks across all markets.

It was, anyway, a matter of when and not if. OnePlus had already gone to market with special 5G versions of its Pro models last year. OnePlus has also been investing in 5G ever since the very first prototype demo network started popping up in various exhibitions.

"We've been investing in 5G for several years and we see this as the direction going forward, and one we're very much committed to, says Pete Lau. Now the company has started talking about it. Recently OnePlus Snowbot challenge made copious use of the OnePlus 5G smartphones and a 5G network to let users have a go at a snow fight involving robots controlled via a 5G ecosystem.

Lau's revelation also makes it clear that both the OnePlus 8 and OnePlus 8 Pro will use the Snapdragon 865 (in case there was any doubt about it). However, rumours have also hinted at a OnePlus 8 Lite that is supposed to come later in the year. With OnePlus confirming the entire OnePlus 8 series to support 5G and coupling it with all the speculations, OnePlus could very well use the MediaTek Dimensity 1000 chipset for the Lite variant, which also supports 5G networks.

But why the need for a Lite variant? Lau makes it clear that 5G, still being a new technology is expensive, and that means we can see prices go up substantially on the OnePlus 8 series. "We've always had a position in creating the best product possible at the best price point. The new technology does add costs so costs have risen in comparison to 4G products, says Lau.

Does that mean the OnePlus 8 Pro will be as expensive as the Samsung Galaxy S20 and the iPhone 11 this year? The CEO assures that it won't be the case as the regular OnePlus 8 will come in at a modest price with all the flagship necessities while the OnePlus 8 Pro will be reserved for those who don't want any compromises. In other words, OnePlus is hinting that the value for money part will be retained in the new phones. Stay tuned.