OnePlus and Xiaomi are talking of apples on Twitter. More or less

Here's what Xiaomi had to say about OnePlus on Twitter. 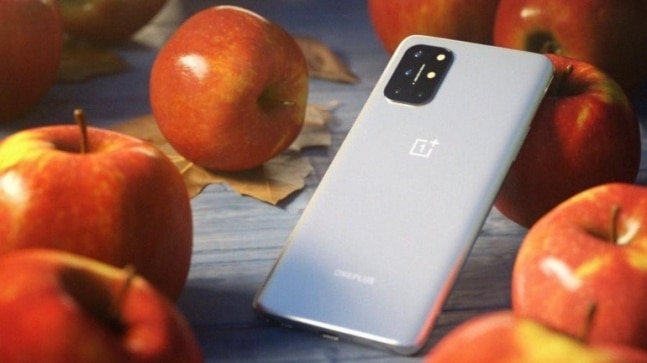 2020 has been a strange year for the major smartphone makers across the globe. We've seen disruptions to the supply and delivery chain affect the way phone makers conduct business. However, what has remained unaffected even in these difficult times, is just how they banter with each other on social media.

Twitterverse has always been a space where the biggest names in the industry have indulged each other in harmless banter, and also entertained their fans in the process. Case in point, a recent tweet by OnePlus which subtly takes a jibe at Apple and its iPhones. In the tweet, OnePlus asks fans to "stand out with OnePlus" in a world that's full of apples. While nothing has been said directly, the indirect attack on Cupertino-based tech giant, Apple, was not lost on anybody, as the company also hashtagged its latest flagship, the OnePlus 8T, in the tweet.

In a world of apples, stand out with a OnePlus. #OnePlus8T5Gpic.twitter.com/qvjTqEReSs

Interestingly though, the banter didn't just end there. Phone maker Xiaomi also jumped into the fray, by responding to OnePlus' tweet with a takedown of itself. Reacting to the phone maker's suggestion to "stand out with OnePlus", Xiaomi urged fans to not "settle" and instead asked them to go for the Mi 10T Pro which comes with a bigger 108-megapixel primary camera. Now we don't know who won this bout in your opinion, but for us, the admins at Xiaomi definitely get our vote here.

But why settle for less when you can have more.
New year. 108MP resolution.#Mi10TPro#SettleForBetterpic.twitter.com/9VjHk2R3C9

Talking about the Mi 10T Pro, it is the current flagship by the company in India and comes with comparable specifications to the OnePlus 8T. This is because both the OnePlus 8T and Mi 10T Pro go big on displays as they both feature panels that are not only expansive in size, but also offer support for high resolutions and fast refresh rates. As far as the chipset goes, both the devices use the same Snapdragon 865 SoC under the hood with an Adreno 650 GPU tasked for handling games and other graphics-intensive tasks.

Both devices also offer good camera setups, however, the Mi 10T Pro definitely takes a lead here as the OnePlus 8T brings a quad-camera set-up with a Sony IMX586 48-megapixel sensor at the heart of it. The Mi 10T Pro takes things a notch higher with a 108-megapixel rear camera-based system on the phone which is paired to two more lenses -- 13-megapixel and 5-megapixel cameras. Of the former is an ultra-wide lens while the latter is designed for clicking macro shots.