The OnePlus Buds began headlining the rumour mill at the time when OnePlus 8 smartphones had just launched. 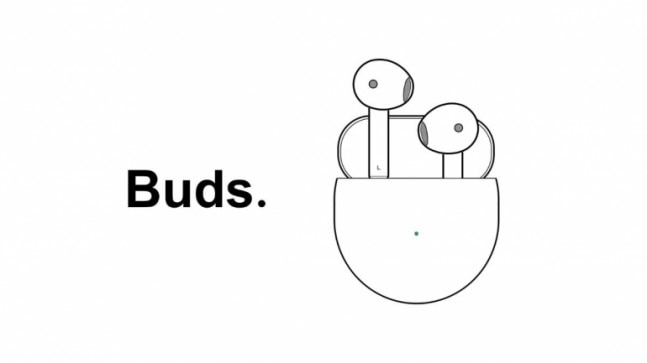 OnePlus began rolling out the Android 11 Beta-based OxygenOS builds for the latest OnePlus 8 and OnePlus 8 Pro devices earlier this week. While the rollout is still underway for many testers, the ones who got it early are now tinkering with the latest software version, only to find what OnePlus has in store for us. The latest discovery obtained from the Android 11 Beta build for OnePlus 8 series smartphones has reiterated the existence of OnePlus Buds, the company's first pair of truly wireless earbuds.

An XDA Developers member unwrapped the Android 11 Beta build that is now shipping for the OnePlus 8 and OnePlus 8 Pro smartphones. In his process, he came across a new string in the Settings APK that reads: "...string name="oneplus_tws_pods_funtion">Headset function...". Soon after the first instance was spotted, the member dug deeper to find multiple references in the Bluetooth settings directory and under the OnePlus firmware update service.

Additionally, there are mentions of the Oppo's TWS earbuds within the software meant for OnePlus smartphones, which could mean there could be a relation between the Oppo's truly wireless earbuds (Enco Free, Enco W31, and more) and the upcoming OnePlus Buds. It is likely OnePlus will borrow features from the Oppo's TWS earbuds to implement them on its upcoming pair of truly wireless earbuds. These features could be gesture input and support for digital voice assistant on the paired phone.

The discovery of the new string, referring to the OnePlus Buds, does confirm that the Chinese brand is close to launching them. The design of the OnePlus Buds has already been leaked previously in multiple renders and leaks. According to the renowned tipster Max J., the OnePlus Buds, as they are being known as, will look like a half-cut ellipse with the charging case.

On the OnePlus Buds, there will be a battery and pairing indicator light on the front -- something that the mention of TWS earbuds in the Android 11 Beta build corroborates. According to the XDA Developers report, "there's code to read the individual battery level of the left and right earbud, which is something that's only needed for truly wireless earbuds as each bud has its own battery."

The OnePlus Buds are also expected to have touch support for call functions and music playback -- the standard way of interaction with TWS earbuds.

The tipster also predicted the OnePlus Buds could make their debut sometime in July. While a concrete timeline is not available, the discovery of the associated string hints at an imminent launch, since OnePlus 8 series will likely be the first to gain support for the upcoming OnePlus Buds.

WhatsApp to soon work on four devices simultaneously with one account