OnePlus is going to launch the Bullet Wireless Z earphones along with the OnePlus 8 series. The new earphones promise better battery life than last year's model. 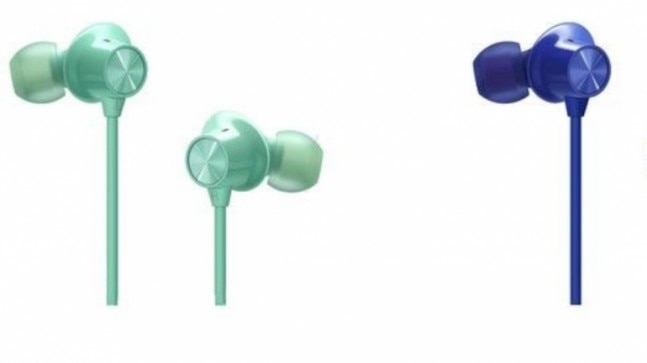 It seems that the COVID-19 pandemic has absolutely spoilt what was supposed to be a party time for OnePlus this April. OnePlus was known to release the next-generation OnePlus 8 series but it had also planned new earphones to launch along with it. While a grand event is happening, OnePlus will still be releasing the earphones along with the phones. We knew that earphones will be called the Bullets Wireless Z, courtesy of a leak. Now, we have our first glimpse at these earphones.

Tipsters Ishan Agarwal and Evan Blass have revealed some key specifications on the upcoming OnePlus earphones. The new earphones look similar to the older model but there are some visual changes. The design is almost identical but OnePlus will sell you the new Bullets in four colours this time. There's a light green similar to the Glacial Green, a Purple shade from the OnePlus 8 Pro, a new white shade and the usual black.

Surprisingly, the photos only show the earbuds with the wires dangling. This means that the rest of the design will be similar to the Bullets Wireless 2, complete with the neckband. It seems that OnePlus has also ditched the signature red ring that was present on the previous OnePlus Bullets.

While key details still evade us, Ishan Agarwal has shared one point that explains the difference between the old and the new model. The tip mentions that the OnePlus Bullets Wireless Z will be able to fill itself up with 10 hours of battery life in 10 minutes of charging, just like the older model. However, the new model can provide up to 20 hours of backup on a single charge, which is six hours more than the total backup of the Bullets Wireless 2.

The tip also mentions that these earphones will be IP55 water and dust certified OnePlus has also managed to get the Bluetooth latency down to 110ms, which is much lower than the 144ms latency time on the AirPods Pro from Apple.

The Bullets Wireless Z could be the last time OnePlus uses the wired design for its earphones, given that its sister companies have already moved to the wireless earbuds design. It remains to be seen whether OnePlus prices the Bullets Wireless Z higher or lower than the older model. With a higher battery life, we expect the prices to only go up, given that OnePlus has a tendency to raise the prices with every update.