OnePlus is celebrating its 7th anniversary in India by offering hefty discounts during its OnePlus 7th Anniversary Sale. Here's what you need to know. 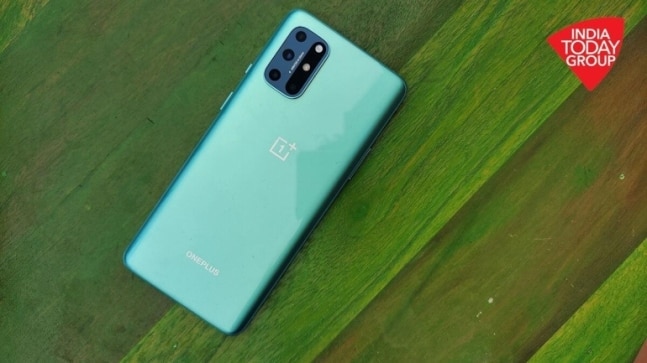 Since its entry in India, OnePlus has swiftly gone on to become one of the biggest brands in the country. Over the years, the company has consolidated its presence in the smartphone market and has also gone on to make its presence felt in the fast-growing smart TV market. Interestingly, it has managed to do so in a matter of only seven years of being in the country.

In fact, the company is currently celebrating the completion of its 7th year in India with a bang by announcing a special OnePlus 7th Anniversary Sale, during which it is offering a series of exciting offers for its fans. The offers are available on OnePlus phones, including the venerable OnePlus Nord, OnePlus TVs and accessories.

Some consumers visiting the OnePlus stores will also get complimentary discount coupons as part of the company's celebrations.

OnePlus has announced that customers on OnePlus.in and OnePlus Store app can avail up to Rs 2,000 instant discount with HDFC Bank card transactions and Easy EMI options, and up to 10 per cent cashback on select American Express Card transactions on purchasing OnePlus smartphones from the company's website or its app.

As for users looking to buy their next phone from a OnePlus store, on December 17, the first 10 OnePlus 8T customers at a OnePlus Experience stores will gain a complimentary Rs 3,000 accessories coupon. Similarly, the 11th to 30th OnePlus 8T customers, and 30th to 70th 8T customers will gain complimentary Rs 2,000 and Rs 500 accessories coupons respectively. However, these coupons will be valid for use within a month of them being issued. Additionally, for these purchases, OnePlus is also offering an instant discount of up to Rs 2,000 when the payment is made using an HDFC card transactions. Further, customers can also avail easy EMI schemes with Bajaj Finance Limited at the offline stores. Red Cable Club members can also get up to Rs 3,000 discount when upgrading to any OnePlus device and exchanging an old one.

In addition, customers looking to purchase the OnePlus 8T 5G and the OnePlus 8 5G on Amazon will be able to avail up to Rs 2,000 and Rs 3,000 instant discount respectively with HDFC Bank card transactions. Customers can also avail 10 per cent discount on select OnePlus audio products on Amazon and Flipkart on December 17 and 18.

But it's not only on smartphones such as the OnePlus 8T, OnePlus 8 and more that the company is offering heavy discounts on during this sale. Users can buy the OnePlus Power Bank at a special price of Rs 777, and also avail an additional 10 per cent off on the marked price of all OnePlus audio products from 17 December.

And in case you were wondering, OnePlus' range of smart TVs is also available at attractive prices during the sale. The OnePlus TV Y series 32-inch and 43-inch models will get an extra discount of Rs 1,000 and will be available at Rs 13,999 and Rs 23,999 respectively.

Additionally, OnePlus has also tied up with HDFC Bank to offer up to Rs 4,000 instant discounts on OnePlus TVs while making purchases through the bank's credit card, credit card EMI, or even debit card EMI. This offer is available to customers across OnePlus.in, OnePlus stores, as well as Amazon, Flipkart, and other partner stores until the end of December 2020.

OnePlus 7th Anniversary sale: What else is on offer?

Apart from the discounts on its products, OnePlus is also offering its users the special chance to win a number of cool prizes by joining in the celebrations with the "Spin the Wheel" activity that will be live via the OnePlus Store app on December 17. Customers can also participate in The Great OnePlus Lucky Dip on OnePlus Store app and win exciting OnePlus products every day during the sale period.

Red Cable Club members can also avail of new offers during the celebration period, with the company introducing OnePlus Red Cable Life. With this, users can avail of exciting benefits including 12 months of extended warranty, 12 months of 50 GB cloud storage and priority service, and an additional 12-month complimentary membership of Amazon Prime.

From December 17 onwards, Red Cable Club members who are using the OnePlus 3 to 6T devices could find it easier with the chance to win an upgrade to a OnePlus 8, 8 Pro or 8T with the help of a complementary Red Cable Care membership.

Apart from these, there are other offers also that OnePlus is extending throughout the duration of the sale. So, check the company's website and its OnePlus Store app for more details.