OnePlus is all set to launch two new series of affordable TVs next week. Here's what they could look like. 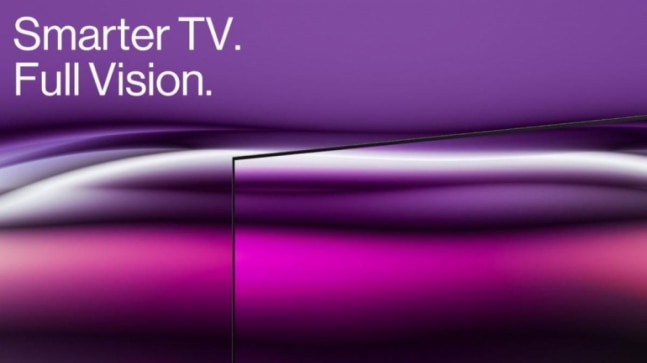 OnePlus is all set to launch two new series of entry-level and mid-range TVs on July 2. And barely days ahead of their launch, the company has again teased the products with CEO Pete Lau writing a blog post to explain their design philosophy.

In the post, Lau explains that the idea behind the design of the new OnePlus TVs is very much the same as the new phones that OnePlus makes -- to keep them as lightweight and devoid of extras as they can be. And when it comes to its TVs, keeping the extras to the minimum means focussing on the panel, and not the body.

"Thepurposeof a TV is to show youwhat's on it, not the body of the TV itself.So, in designing our TVs, we wantedto fully immerse in the screen instead of being distractedby everything around it... By optimizing the internal design, we got rid ofthe conventional four-sidedframe and coveredthe entirefront with a sheet ofmatteblack glass.When the screen is dark, it fades into the background of your room, and never calls attention to itself."

In the post, Lau also reveals that the new TVs will bring with them very little in terms of actual bezels and will focus on "what's on the screen itself."He further reveals in the post that the new mid-range OnePlus TVs will feature 95 per cent screen-to-body ratio -- a number that OnePlus that is amongst the highest in the industry right now.

Going deeper into the design of the mid-range TV, the post further reveals that the design of OnePlus offering will be different from the "rounded corners used in most TVs" and will feature four corners which are nearly 90 degrees to match the screen.

"To achieve those clean corners, we adopted a special aluminum alloy process.We use one single piece of aluminum alloy to cover the left, top, and right middle frame to give it a more unified look instead of using three separate piecesof metal like many others do", he adds.

Interestingly, the post also reveals more information about the TV, including the fact that the thinnest part of the mid-range TV is just 6.9mm -- even thinner than OnePlus' own flagship OnePlus 8 series phones.

To remind our readers, the new OnePlus TVs have already been teased by the company to start at a price that's below the Rs 20,000 mark. While this will be for the entry-level series, the mid-range series too isn't expected to breach the Rs 40,000 mark. More on this, though, will be revealed when the TVs finally launch in India on July 2.