OnePlus is running a special promotional campaign under which it is offering flash sales, discounts, special bundles and offers on many of its popular products. Diwali is an important moment for phone companies. It is a festival which, more than any other, helps phone companies showcase their latest and greatest devices as well as help them share in the joy, happiness and festivities of the moment with users. OnePlus is doing the same as the company kicks off a number of Diwali celebrations, including Diwali deals, showcasing through videos how it is bringing cheer to its users. The brand has also come up with several exciting giveaways and is also running a number of promotions along with offerings discounts on its products to make them more attractive to buyers.

Until November 17, OnePlus is running a special promotional campaign under which it is offering flash sales, discounts, special bundles and offers on many of its popular products. The company is currently live with the ShopOnOnePlus promotion that's seen the company offer flash sales on smartphones such as the OnePlus 8T, OnePlus Bullets Wireless Z, limited edition cases, powerbanks, and more- all at a price of Re 1 to those who can grab the deal.

Of these, it is definitely the OnePlus 8T which is the most interesting. It is the company's latest flagship smartphone, and it is safe to say that this Diwali is going to be great for anyone who can snag it at the flash sale.

Of course, not everyone will be able to do so. But the company is also offering the OnePlus 8T on open sale with additional bank discounts to make it a sweeter deal. The OnePlus 8T is currently being offered with up to 6 months of no-cost EMI and an additional Rs 2,000 discount when purchased using an HDFC Bank card through the company's website.

Apart from this, there are special offers on products such as the OnePlus Buds and other accessories which, when bundled with a phone, can be purchased for a special price.

Shot with OnePlus 8T 5G and the Nord giveaway

Shot with OnePlus 8T 5G and the Nord giveaway

To mark Diwali, OnePlus has released another video shot on the OnePlus 8T 5G. This comes weeks after the company released a video featuring Kalki Koechlin. That too was shot with this phone. And just like that video, this new one too features challenging low light scenes.

The video has been shot in Varanasi and features the lights and moods of the city during the festival.

Talking of videos, there is another video OnePlus has released featuring singer-songwriter Prateek Kuhad who has received a OnePlus Nord this Diwali. This is a promo video that talks of all the features that the Nord offers. The video shows Kuhad going through the various flagship-grade features of the affordable OnePlus Nord. However, what's most interesting about the video is that it ends with Kuhad announcing a giveaway of sorts where he reveals that he, in partnership with OnePlus, will be giving away a few units of the OnePlus Nord Ash Gray variant to fans.

OnePlus partners with Snapchat for Diwali

Additionally, to make this Diwali special for its fans, OnePlus has also launched a special Diwali campaign in collaboration with Snapchat. The two brands have announced that they have created a special Augmented Reality Lens that will allow users to celebrate Diwali safely from the comfort of their homes. 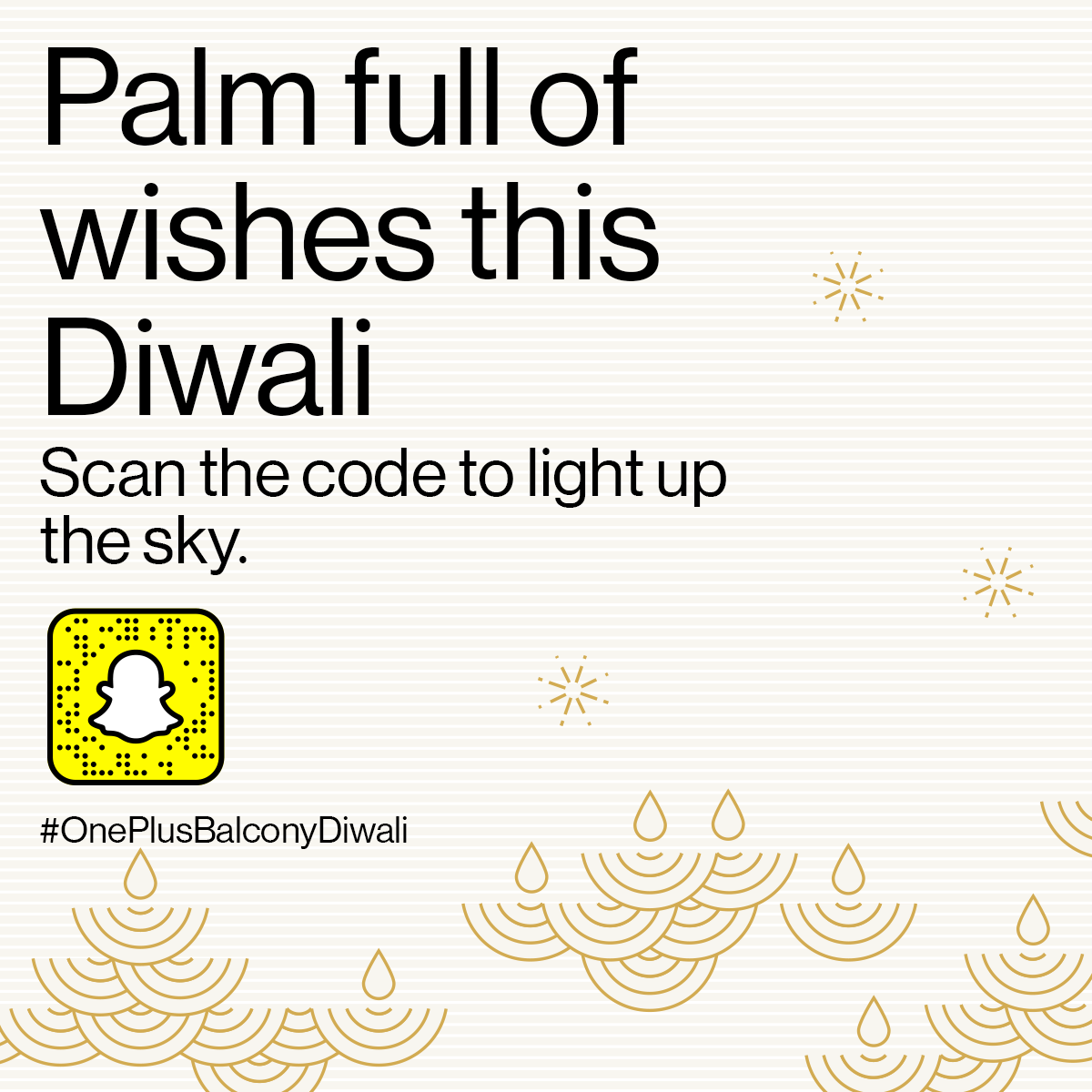 As OnePlus explains, the special Snapchat Lens "will help transform festive wishes into bubbles of positivity that can be released into the sky alongside virtual fireworks and Diwali greetings."

Through this new collaboration, OnePlus and Snapchat "hope to give users a platform to celebrate with their friends and families despite not having the opportunity to be together." These AR Lenses are already live and currently available to Snapchat users across the country.