Amazon has revealed that the OnePlus Nord has received over 4 million 'Notify Me' requests on the site. 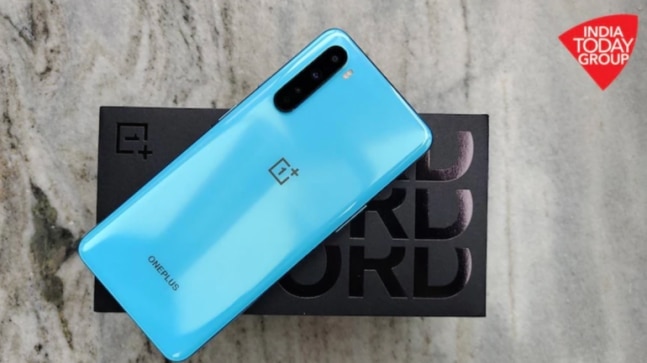 OnePlus has unveiled one of its most-anticipated devices in India, the OnePlus Nord putting an end to speculations. The company's newest offering in the mid-range segment has garnered a lot of attention ever since it was announced in an online event. Although the smartphone is yet to go on sale, the demand for the device is pretty high on Amazon. The e-commerce platform has revealed that the OnePlus Nord has received over 4 million 'Notify Me' requests on the site.

The OnePlus Nord was launched in India for Rs 24,999 for the base variant and other variants are priced at Rs 27,999 and Rs 29,999. The phones will go on sale in August but the pre-booking will start from July 28 on the Amazon India website. Although the 6GB+64GB variant will only be available in September, the 8GB+128GB and 12GB+256GB variants will go on sale in August.

Buyers planning to purchase OnePlus Nord on Amazon will get additional discounts and offers including up to 6 months of no-cost EMI option, Rs 2000 off on purchase using an American Express card. Apart from this, buyers will also get special Jio benefits worth Rs 6000. Before you buy the OnePlus Nord, have a look at the specifications.

The OnePlus Nord sports a 6.44-inch AMOLED panel with a refresh rate of 90Hz. For protection, the mid-ranger comes with Corning Gorilla Glass 5 coating. The OnePlus Nord is powered by Snapdragon 756G paired with up to 12GB of RAM and 256GB of storage variant. OnePlus Nord runs on Android 10 out of the box.

In terms of battery, the OnePlus Nord houses a 4115 mAh rechargeable battery with support for 30W fast charging. Apart from this, the smartphone gets an in-display fingerprint scanner and other sensors including accelerometer, electronic compass, gyroscope, ambient light sensor, and proximity sensor. The OnePlus Nord comes with 5G support.