The leaked images show the OnePlus Nord flauntinga display with a pill-shaped hole on the top-left corner for the dual-camera setup. 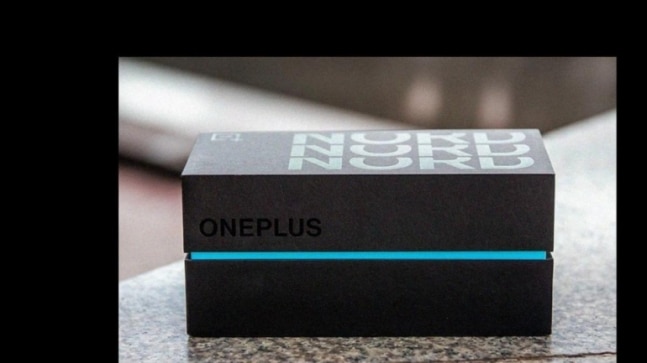 OnePlus Nord is all set to be launched on July 21 in India, and ahead of its launch, the phone has now seen its design completely leaked online. The new leak comes courtesy of reliable tipster, Evan Blass, who has now given us the clearest look at the phone's design ahead of its official launch.

The leaked images show the OnePlus Nord flaunting a display with a pill-shaped hole on the top-left corner for the dual-camera setup. This punch-hole could house a combination of a 32-megapixel wide and 8-megapixel ultrawide angle cameras.

Apart from this, the images of the OnePlus Nord show the phone to sport quad cameras at the back that are aligned vertically in the upper-left corner. As per previous reports, this set-up could house a 48-megapixel camera, sat next to an 8-megapixel ultrawide lens, a 5-megapixel macro and 2-megapixel depth sensor unit. The leaked photos also show the phone's volume rocker on the left and the power button and alert slider on the right. leaks in the past have also revealed other crucial information about the upcoming OnePlus Nord. They claim the display on the OnePlus Nord could be 6.4-6.5 AMOLED panel running at a refresh rate of 90Hz. Under the hood, the phone is expected to be made available in two variants, with either 8GB or 12GB of RAM and storage of 128GB or 256GB. Keeping the lights on could be a 4000 mAh rechargeable battery with support for fast 30-watt recharge via the USB Type-C port.

OnePlus has previously confirmed that the Nord will come powered by the Qualcomm Snapdragon 765G chipset. This SoC could be paired with OxygenOS 10 operating system based on Android 10.

More on the device will be known in the coming days as we get close to the Nord's July 21 launch date. OnePlus' AR launch event on July 21 will allow users to join in via live stream on the OnePlus Nord AR app that is it says will be available on the Google Play Store and Apple App Store. The launch event will begin at 7:30 pm IST. The company has also revealed that OnePlus Nord pre-orders in India will begin on July 15 on Amazon India and customers will have to pay a deposit amount of Rs 500 for pre-booking their phones.

Lava launches Made in India smartphone Z61 Pro for Rs 5,774