The OnePlus Nord N10 5G could initially launch in the United States and then later come to India. 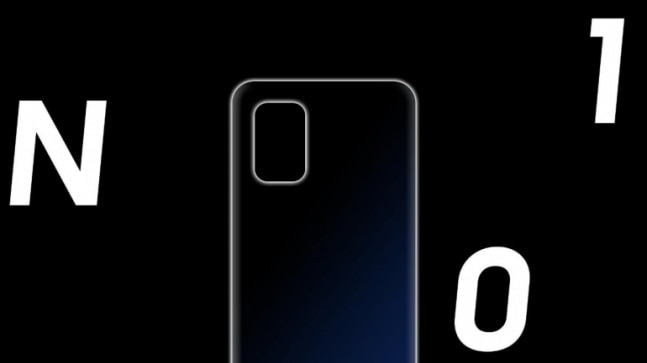 With the OnePlus 8T out of the way, phone maker OnePlus is now expected to switch focus to its affordable Nord line-up of phones which could soon get a new smartphone in the coming weeks.

The phone is expected to be called the Nord N10 5G which could initially launch in the United States and flaunt an aggressive price tag that's below $400. And now, as we get closer to the rumoured launch, well-known tipster Max J has taken to Twitter to once again share a leak about the device through a cryptic tweet.

The teaser images shared by Max J shows a phone that shares similarities with the OnePlus 8T. The device appears to feature a camera cutout at the top right corner at the back which looks very much like what we've seen on the OnePlus 8T. The tipster has also confirmed on Twitter that the phone will be launched in some shade of blue, which could be a way for OnePlus to establish the device's connection with the original Nord. Apart from this, there aren't any other details available about the design of the phone.

Reports suggest the OnePlus Nord N10 could be launched later this year. Interestingly, the phone could be the first OnePlus phone to be launched with a 64-megapixel camera. Alongside it could be the Snapdragon 690 chipset and the other highlight of the phone would be a 90Hz display.

This panel could be 6.49-inches in size and support up to FHD+ resolutions. Apart from this, there could be 6GB RAM and 128GB internal storage. Reports say there will be a 64-megapixel primary camera, with an 8-megapixel wide-angle lens, and 2-megapixel sensors.

The OnePlus Nord N10 would be the next smartphone in the Nord line-up of devices which has to date only been populated by the OnePlus Nord. The smartphone is one of the better options in the sub Rs 30k segment in India and has been quite well received since its launch.

The OnePlus Nord N10 is expected to be launched at a much more affordable price point, however, there is no guarantee that the phone will even come to India as the device is rumoured to launch in the United States initially and then possibly make its way to other countries, including India.